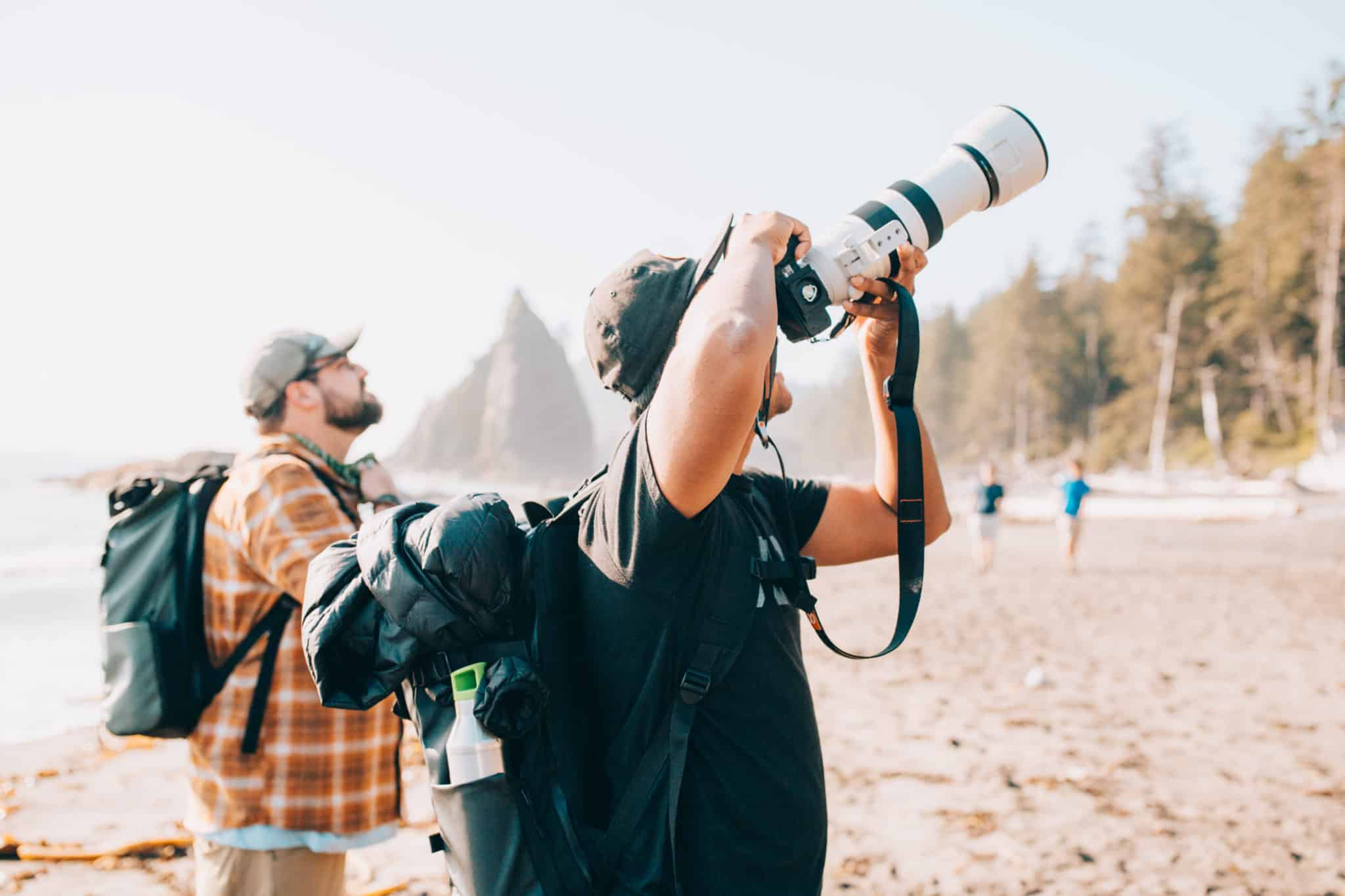 Its stunning mountains, powerful waterfalls, and gorgeous coastline aren’t a secret. In fact, the PNW is home to some of the most incredible scenery and landscapes in the world!

You, our adventurous reader, are coming for the thrill of new territory and you came to the right place.

Your spirit is longing for those coastal drives, alpine lake hikes, and lazy summer days soaking in the warm breeze of the mountains.

BUT, there are so many cool things to do in the Pacific Northwest that the choices can get overwhelming. That’s where we come in. Consider us your friends and personal PNW guides.

From our PNW bucket lists to endless road trips and expeditions, we’ve already done all the work for you.

We’re reporting back the best places to see in the PNW so you can spend less time researching and more time exploring.

Discover 101 amazing things to do in the PNW in this blog post.

PS. This list of things to do in the Pacific Northwest comes in a downloadable form. Sign up via our newsletter below and get a copy sent straight to your inbox!

We’ve been exploring the Pacific Northwest since the early 2010s!

If you see a list item that’s hyperlinked, that means we’ve written another blog post where you can dive deeper into that destination.

Where is the Pacific Northwest Anyway?

The Pacific Northwest is a region of North America roughly located in the northwestern part of the United States.

The borders are blurry, and many people interpret the lines differently.

The majority of the population refers to the PNW to include Washington, Oregon, and Idaho in the United States.

Broader terms may even refer to British Columbia, Northern California, and even Western Montana included in the Pacific Northwest.

Even broader, some may consider everything Pacific coast from Oregon to Alaska as part of the PNW, and possibly even west until the continental divide (which would extend the area east to Jackson, Wyoming and Alberta, Canada).

For this blog post, we will define the PNW “borders” broadly, as to cover the maximum amount of adventurous things to do in this region. 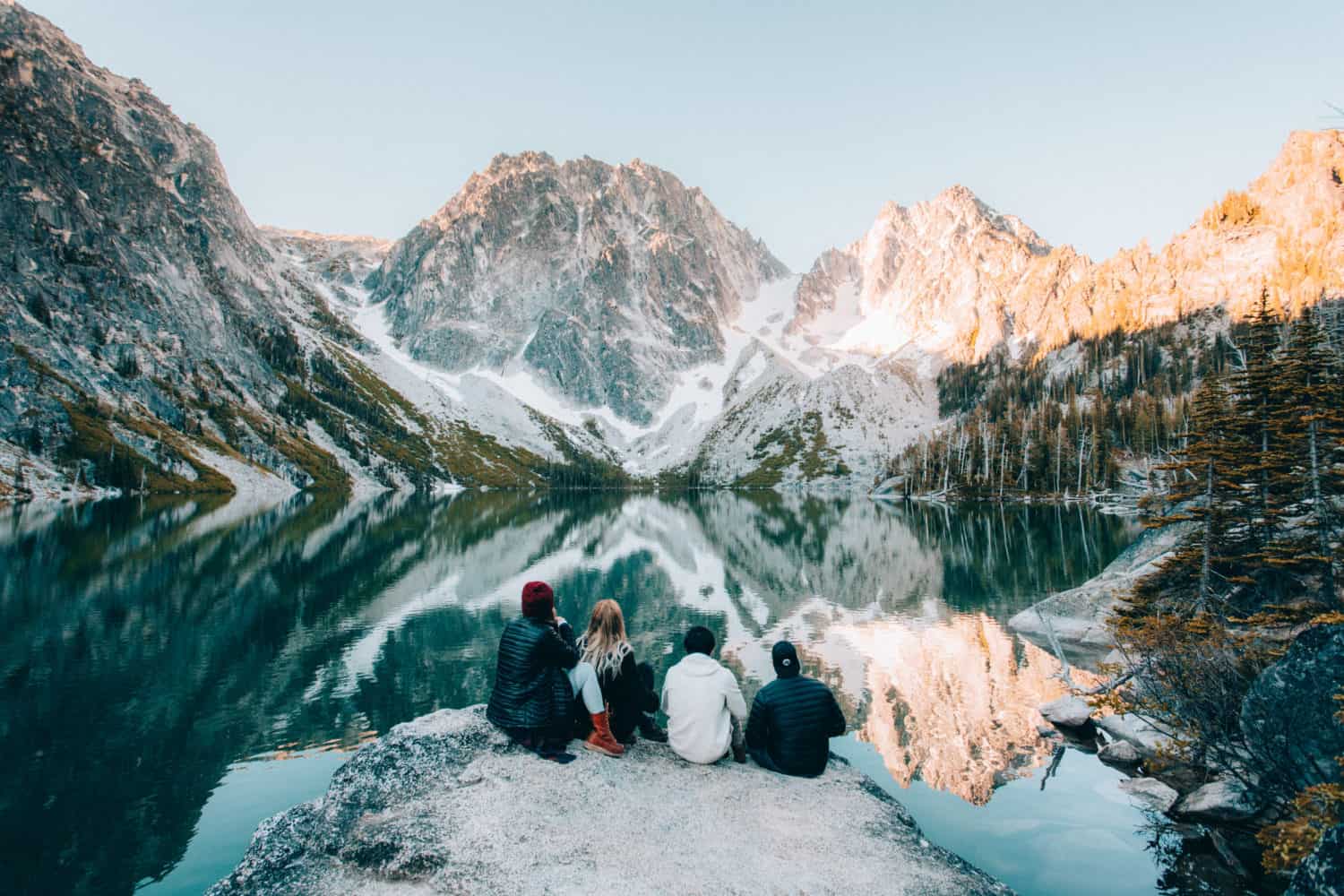 THINGS TO DO IN WASHINGTON STATE

Washington is the rainy, rugged part of the Pacific Northwest.

From the cold coastline to its alpine lakes, Washington has no shortage of outdoor adventures. Listed below are some of the best things to do in Washington state, including gorgeous national parks like the Olympic National Park. Don’t forget to pack your rain jacket!

Bonus* The Tree of Life at Kalaloch Beach 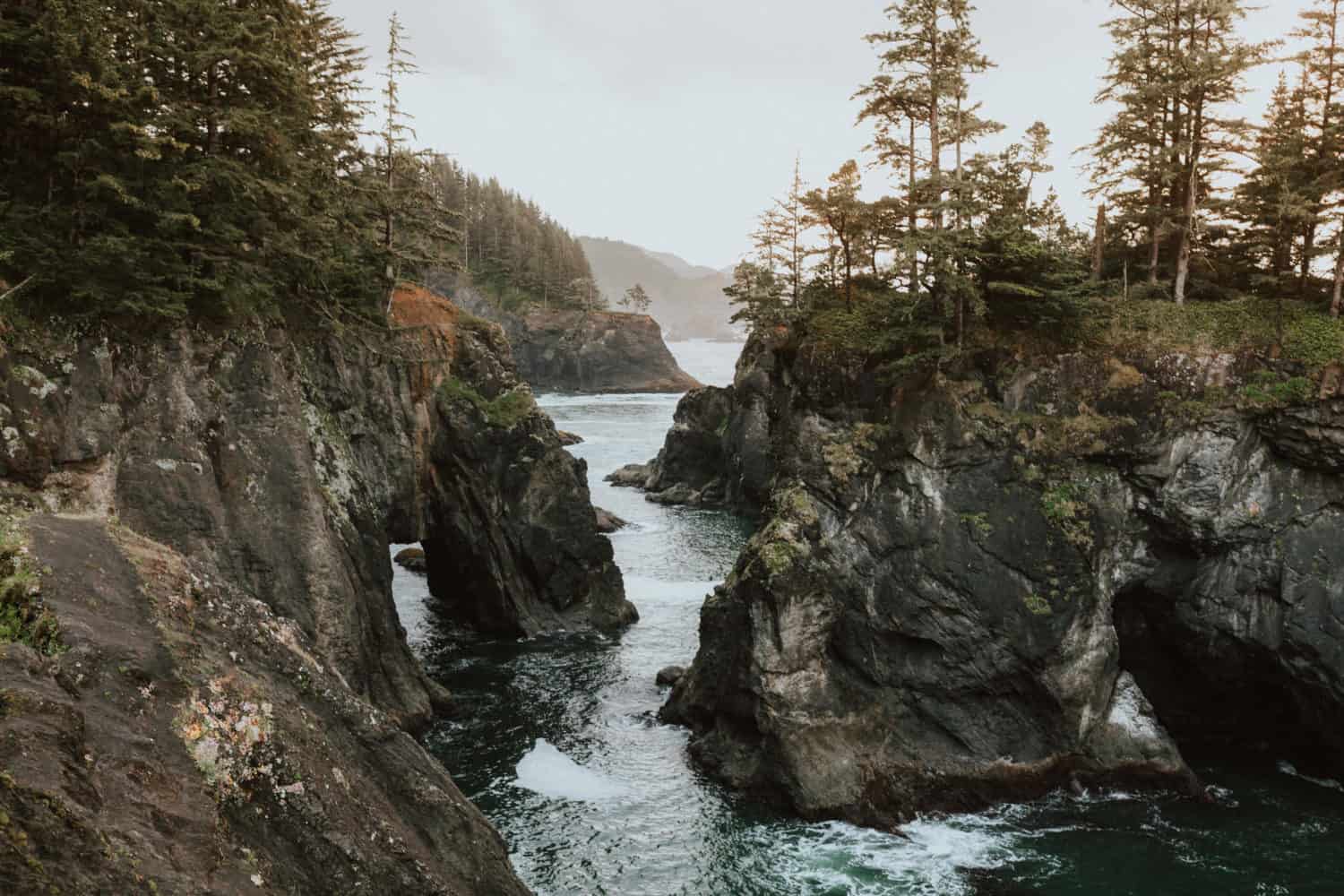 THINGS TO DO IN OREGON STATE

Oregon State can be wrapped up into one word – dramatic.

From Samuel H Boardman’s rocky shores to the Mars-like landscape of the Painted Hills, Oregon is ready to blow you away.

This state is best experienced via road trip, in our opinion. Pack your car, bring your friends, and experience the wonders of Oregon this year! 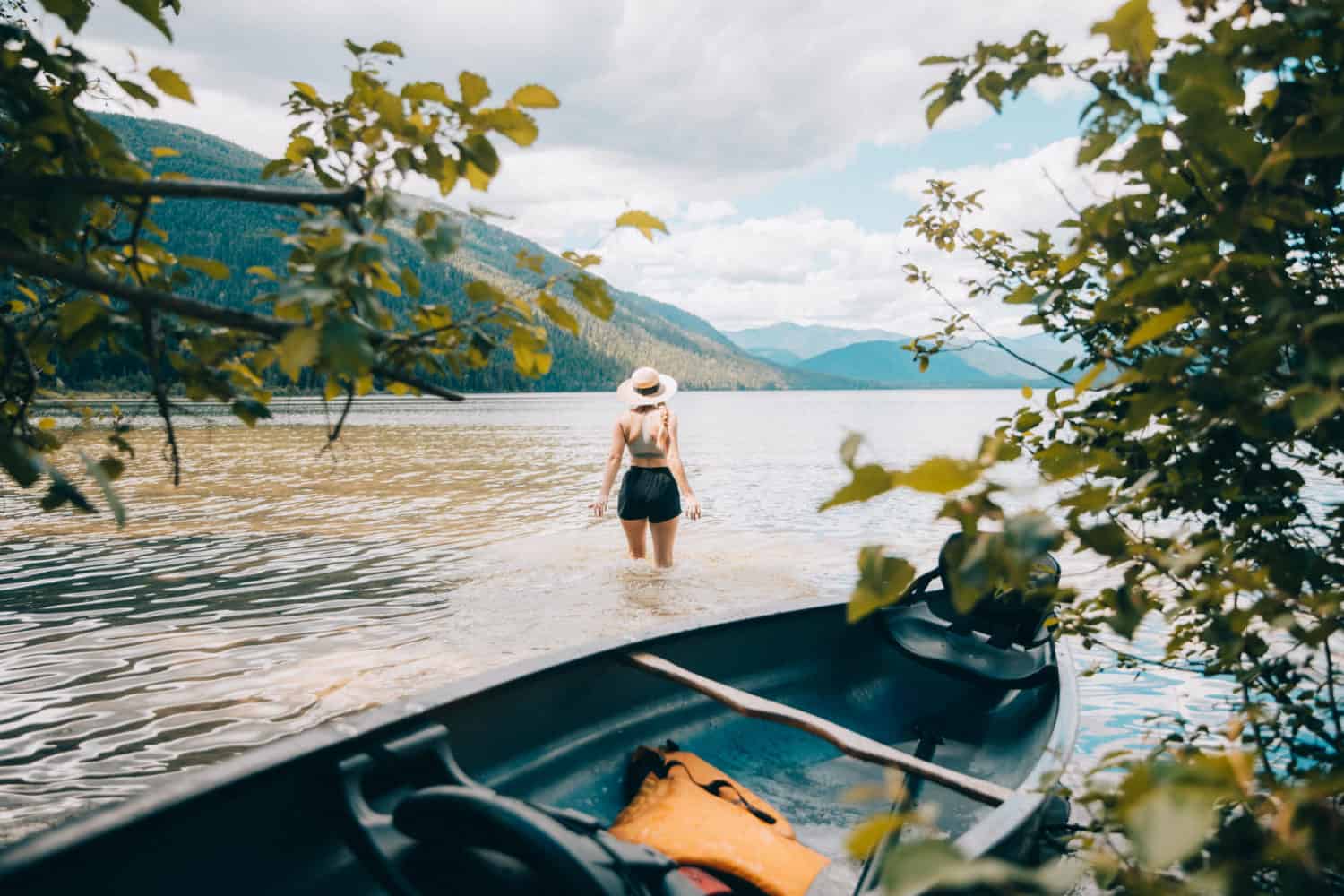 THINGS TO DO IN IDAHO STATE

Idaho is one of those states that hasn’t really had its time to shine. Many of its residents already know the secret though – this place is AWESOME.

Rugged mountains, pristine lakes, and unique landscapes are scattered in all corners of Idaho.

We’re hoping to explore more of Idaho this year, and will update this list with more information as we explore along with you!

52. Craters Of The Moon National Monument

53. Route of the Hiawatha Bike Trail 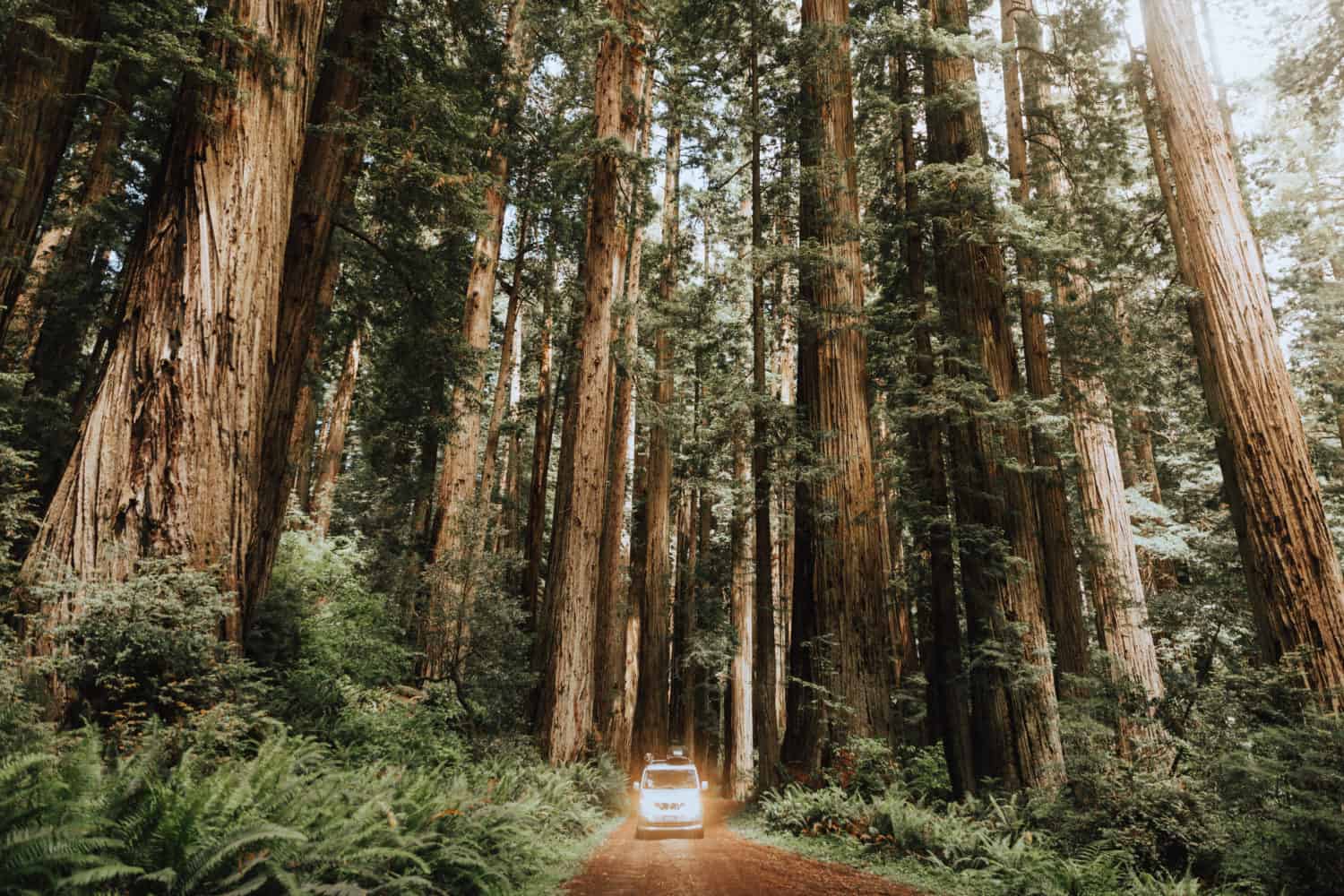 THINGS TO DO IN CALIFORNIA

In broad terms, Northern California is considered part of the Pacific Northwest.

Here, you can experience giant Redwood trees, mountains, stunning waterfalls, and beautiful wine country! We even created a road trip to Northern California – a loop that connects all of the best stops in this part of the state!

Here are some ideas to help you get started in California. Better yet, follow our Pacific Coast Road Trip to see it all on Highway 1!

64. Redwood National and State Parks (Drive through the Avenue of Giants) 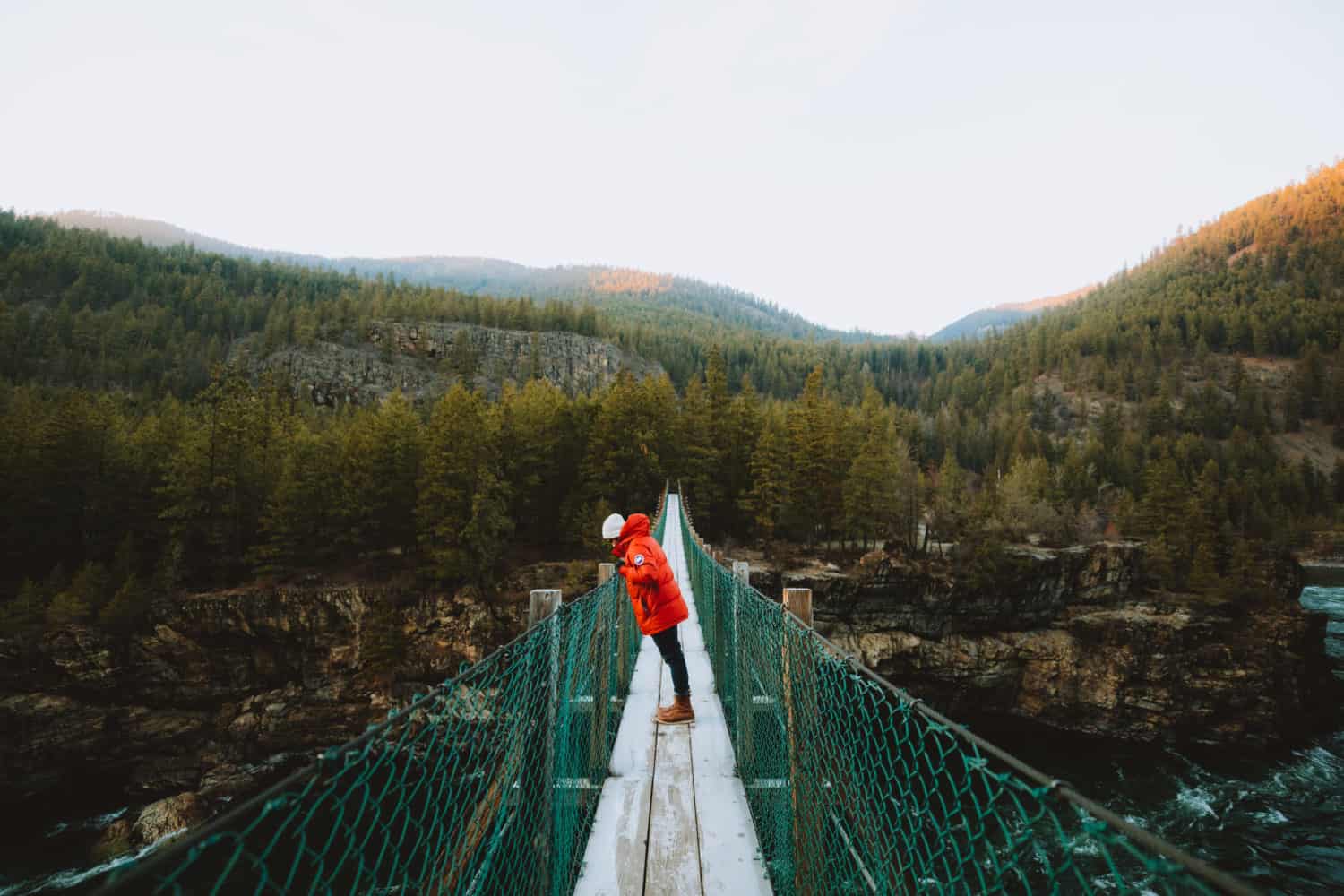 THINGS TO DO IN MONTANA

Montana is wild. Drive just an hour outside of any city, and you’ll likely find an untouched forest, awesome backcountry roads, and maybe even a bear or two!

If you’re looking for fewer crowds and off-grid adventures, come check out the Big Sky State.

This list below consisted of Western Montana adventures, as we consider anything west of the Rockies in “Pacific Northwest Territory”.

Here, you’ll find places like Kootenai Falls (Where they filmed part of The Revenant with Leonardo Dicaprio!), the note-worthy Glacier National Park, and beautiful hikes.

77. Yellowstone National Park (Yes, a tiny tiny portion is in fact in Montana!)

78. Bozeman, Montana In The Winter Season 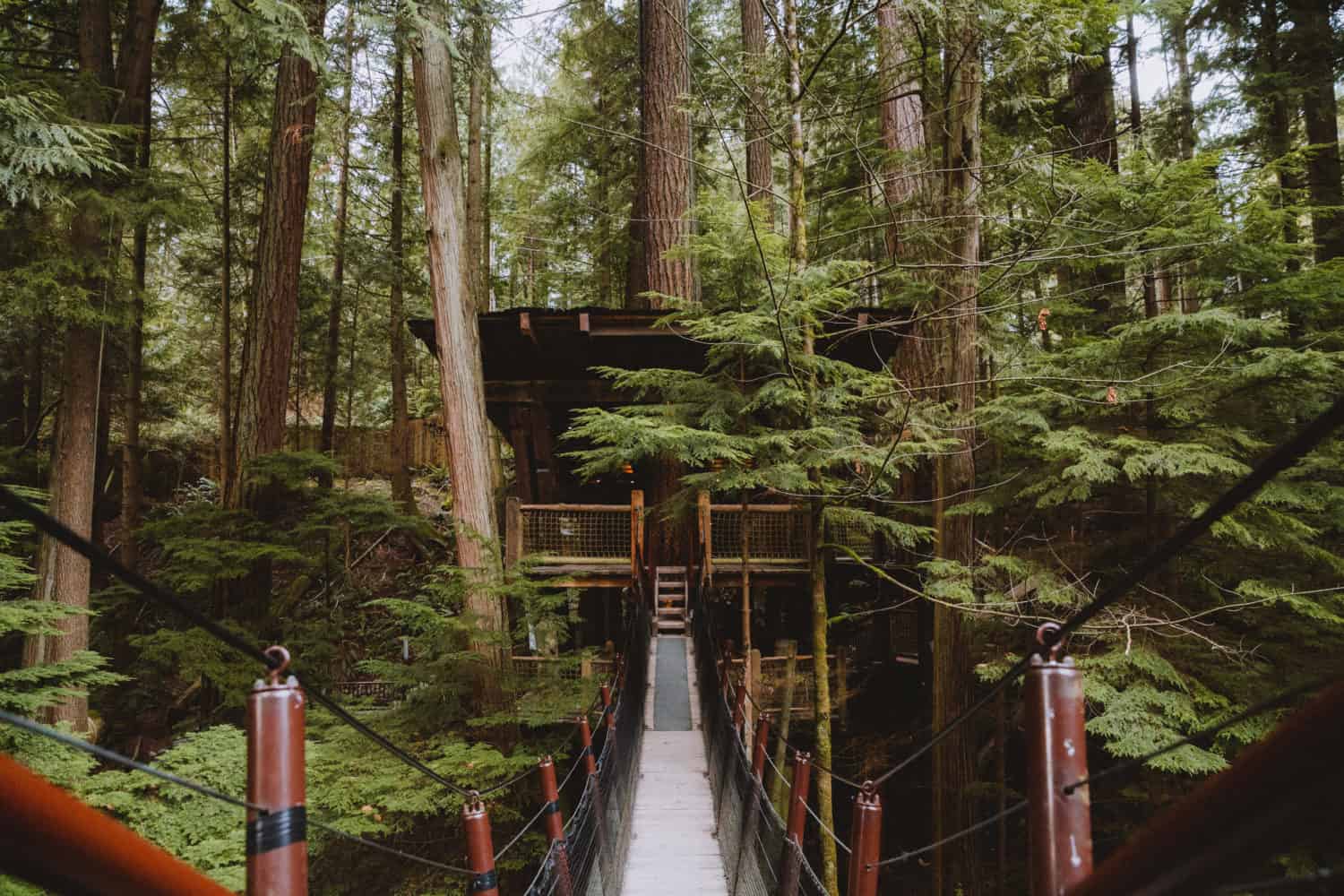 THINGS TO DO IN BRITISH COLUMBIA, CANADA

With deep mountainous fjords, rugged coastline, and thousands of islands, British Columbia is an explorer’s dream.

Come for the amazing road trip potential that this area has to offer!

We suggest routes like Highway 1 through Glacier National Park (the Canada version!), Vancouver Island, and up north on Highway 97 towards Prince George! 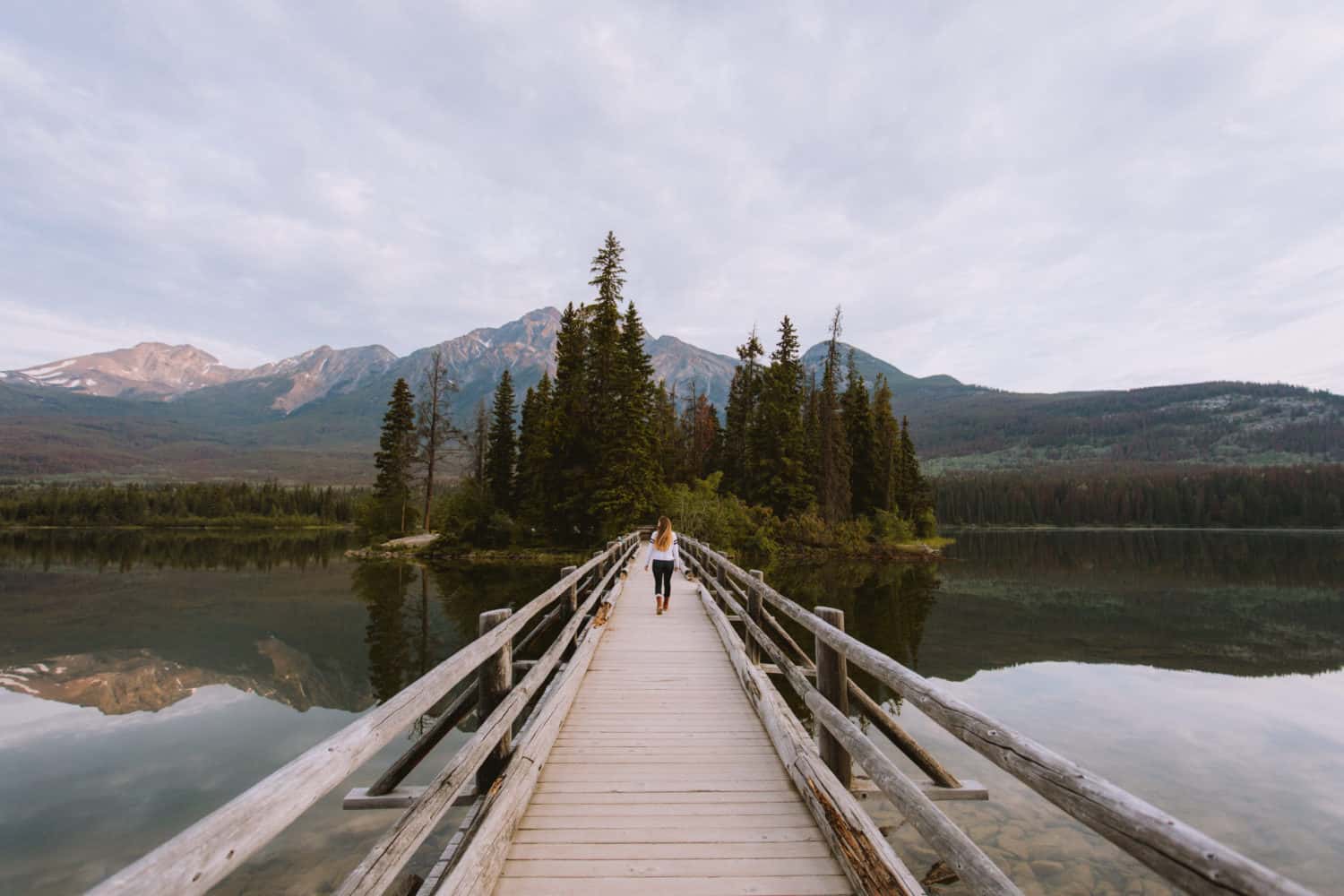 THINGS TO DO IN ALBERTA, CANADA

The province of Alberta, Canada consists of some of the most beautiful Rocky Mountain views in North America.

Here, there are endless amounts of trails for hiking, backpacking, camping, and road tripping. Come for the views, stay for the adventure!

In your opinion, what are some of the best things to do in the PNW? Should we add any adventures to our PNW bucket list? Let us know in the comments below!

Don’t Know Where To Start? Try These PNW Itineraries:

11 Incredible Things To See In The Inland Northwest

Choose One To Pin For Later! 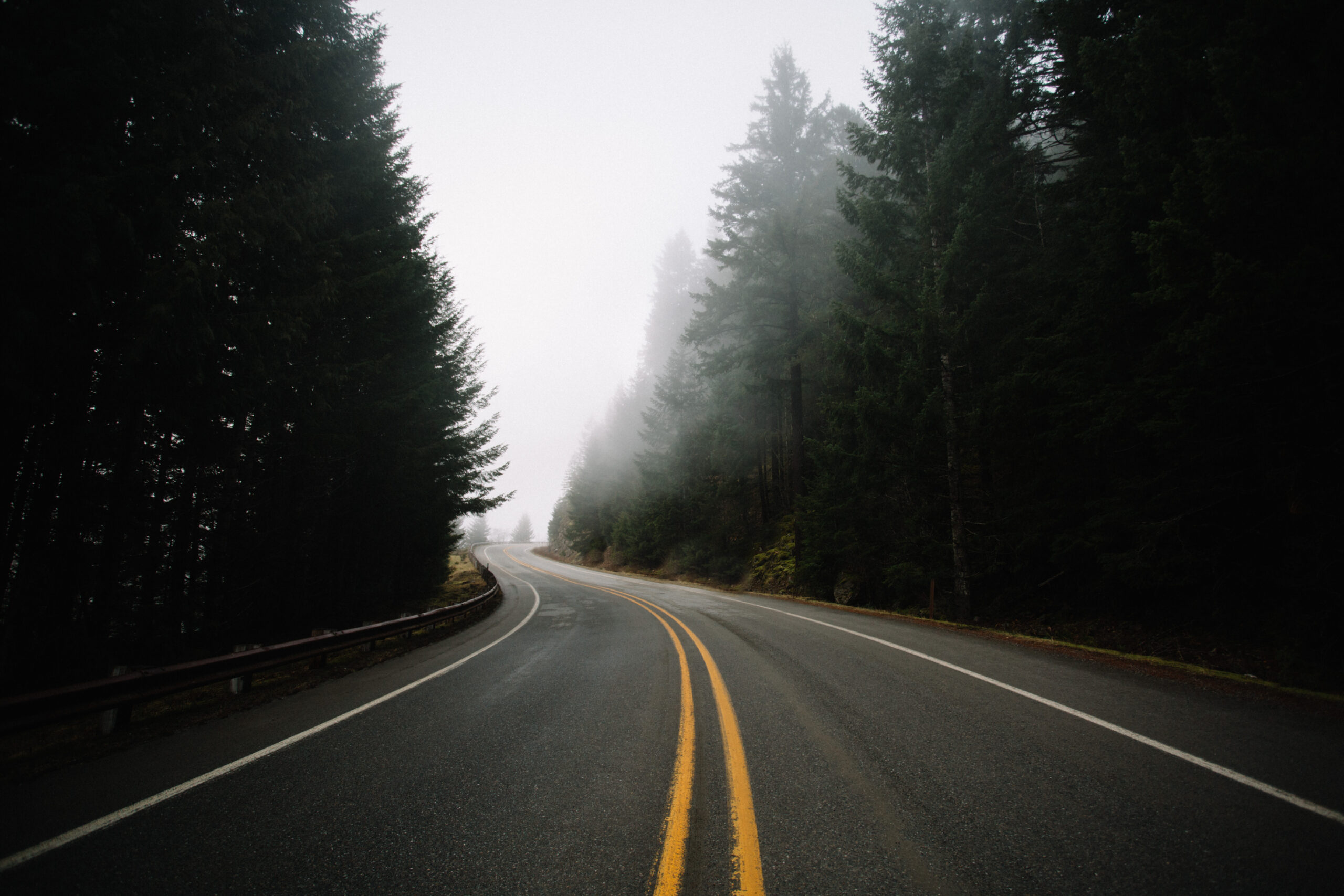 The 13 Most Popular TV Shows Set In The Pacific Northwest 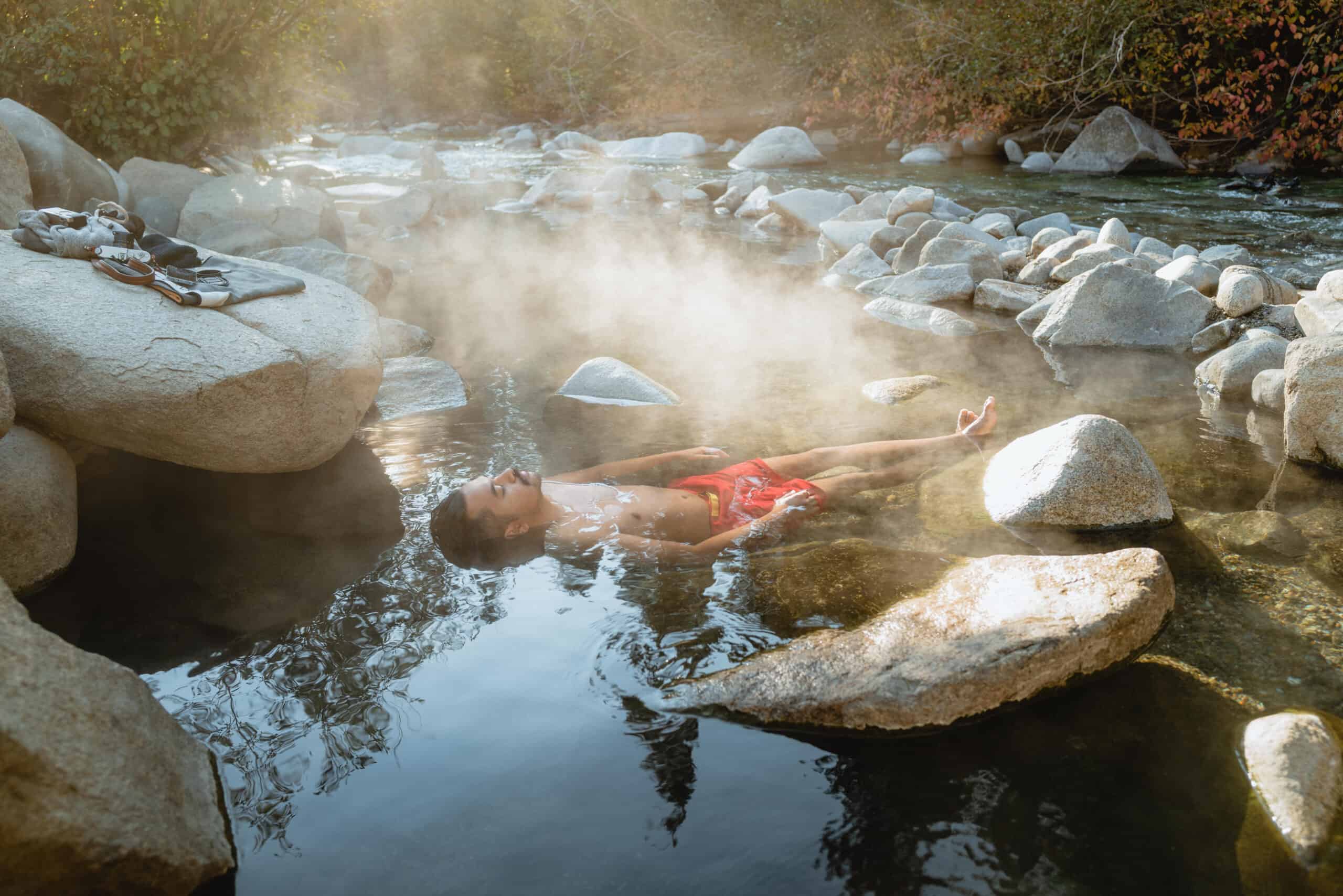 11 Unique Facts About Natural Hot Springs You Might Not Know 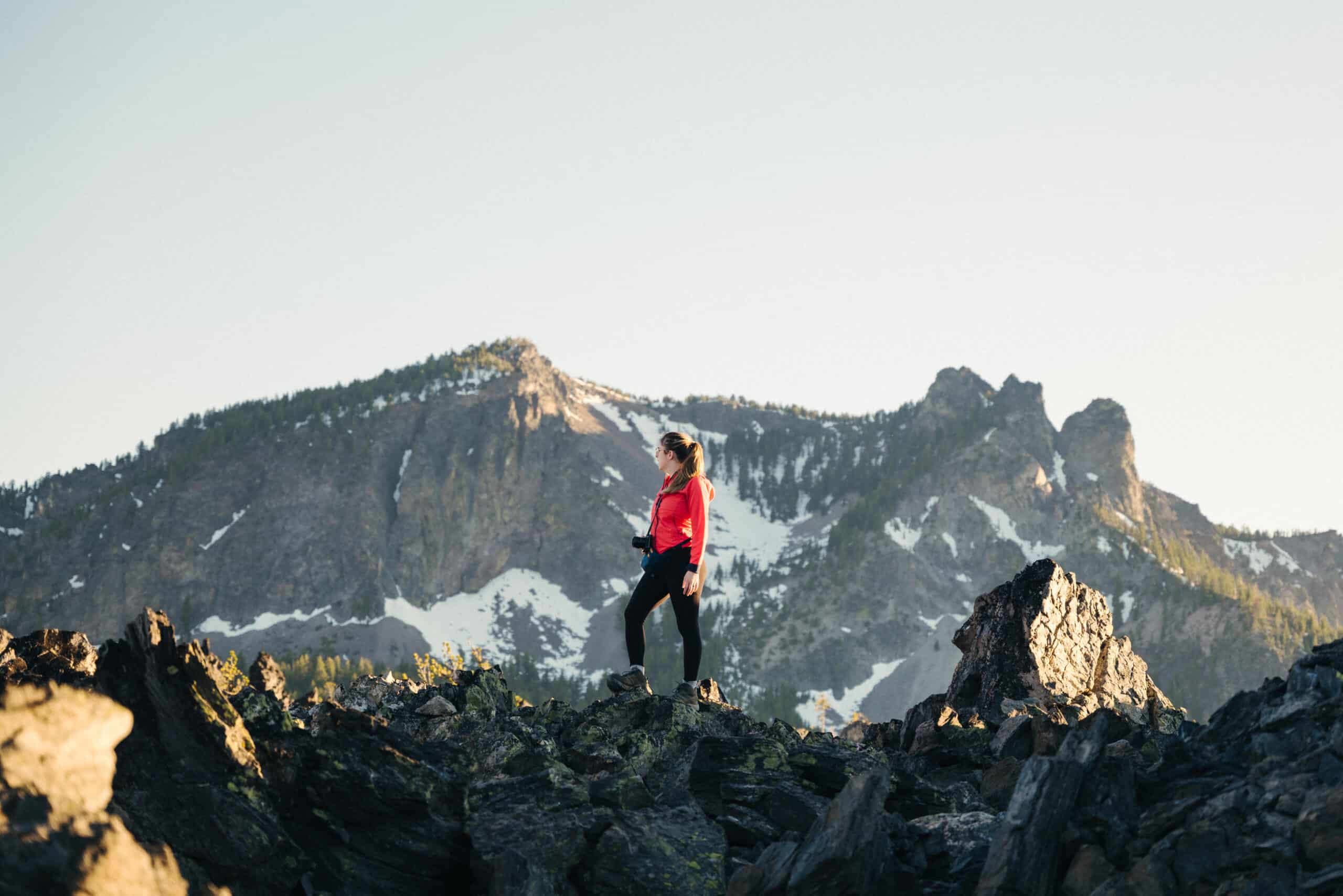 The 14 Best Hikes In Bend, Oregon