Did you move away from the PNW and yearn for a way to experience it again?

Maybe you’re the opposite – you’re thinking about moving to the Pacific Northwest, and want to know what it’s like.

OR, you live here just like us and can’t get enough of the PNW!

Well, we’ve rounded up some of the best movies filmed in the Pacific Northwest, to transport you straight into the Washington and Oregon region!

In this post, we’re sharing some of our favorite movies set in the Pacific Northwest, to transport you back to this gorgeous area.

24 Movies Filmed In The Pacific Northwest

While the majority of this list includes movies about Seattle (it’s too iconic to ignore!), there’s more to offer Hollywood than the Space Needle!

Here are the top movies filmed in Washington State.

Of all the movies that take place in Seattle, this one has to be the most iconic because of its heartwarming story, timeless romance, and brilliant script.

2. Harry and the Hendersons

The 1987 adventure fiction film, Harry and the Hendersons, is set in North Bend, Washington, Wenatchee National Forest, and includes a Space Needle Cameo!

This film about Pacific Northwest mythology follows the story of the terrifying (but lovable!) Bigfoot and the Hendersons on their way home from a family camping trip in the Cascade Mountains.

Starring Cate Blanchett, Where’d You Go, Bernadette? was primarily filmed in Vancouver, but was set in Seattle.

Set in Washington State, Captain Fantastic is a comedy-drama about a father (starring Vigo Mortensen) raising his six kids.

Challenging his idea of what it means to be a parent in two different worlds–the forests of the Pacific Northwest and modern American culture, this 2016 film highlights the quirks of human nature.

Captain Fantastic was filmed in Deception Pass State Park at Rosario Head, Snohomish, Washington for its whimsical and off-the-grid setting, and the Seattle-Tacoma International Airport.

Deception Pass State Park makes for one of the best day trips from Seattle!

The 1983 film, War Games, is about a teenager in Seattle who prefers computer hacking over studying, which leads to a run-in with the U.S. Air Force.

Whether you’re a fan of the books, the movies, or simply love the ongoing battle between Team Jacob and Team Edward, the Twilight Saga has taken the world by storm.

Conveniently for us, it was set right in the Pacific Northwest in the Olympic Peninsula!

Twilight was primarily filmed in Forks, Washington, which has thoroughly embraced the fandom about Bella (played by Kristen Stewart) and her vampire and werewolf friends, Edward and Jacob (played by Robert Pattison and Taylor Lautner).

Take a full tour of the Twilight Saga’s most memorable locations and dramatic destinations in the Pacific Northwest!

Based on William Shakespeare’s “Taming of the Shrew,” 10 Things I Hate About You puts a modern twist on the classic story of love and relationships between Kat, her sister Bianca, and their love interests, Patrick and Cameron.

Set in the Seattle area and filmed in Tacoma, 10 Things I Hate About You stars Julia Stiles, Heath Ledger, Joseph Gordon-Levitt, and Larisa Oleynik.

Find more incredible outdoor activities to do in Pierce County.

The iconic film, Say Anything, follows the charming first-love story of Lloyd and Diane, played by John Cusack and Ione Skye.

Say Anything was primarily filmed in Vancouver, BC and Los Angeles (including the famous scene where John Cusack holds a boombox over his head), but the actual movie takes place in Seattle!

During the time of grunge-era Seattle, the 1992 film, Singles, follows the lives of a group of young people who all live in the same apartment building.

Filmed on the east side of Washington State in Spokane, Benny and Joon is about Benny (Aidan Quinn), his sister, Joon (Mary Stuart Masterson), and the eccentric Sam (Johnny Depp), and their intertwined relationships.

The drama and war film, The Deer Hunter, examines how the Vietnam War impacted the lives of several friends in the Pennsylvania small town, Clairton.

The Deer Hunter stars Christopher Walken, Robert De Niro, and John Cazale, and parts of the set were filmed in Heather Meadows in Mount Baker, Washington.

Fun fact, they painted the entire town of Coupeville white for this set!

Like Washington, Oregon has hosted the set of numerous popular movies.

These Pacific Northwest movies highlight the enchanting greenery, mystery, and the versatility of this unforgettable state!

Here are the top movies filmed in Oregon.

Inspired by a real-life 17th-century shipwreck found off the coast of Oregon, Steven Spielberg shares the story of a band of adventurous kids and a pirate map in his 1985 film, The Goonies.

Some of the most iconic filming locations in The Goonies include Cannon Beach, Astoria, Astoria Coffee Company, Ecola State Park, and the Clatsop County Jail.

Make it a road trip to see them all! Plan the ultimate Oregon Coast road trip here.

The 1990 comedy film, Kindergarten Cop, follows the story of a cop (Arnold Schwarzenegger) who must pose as a kindergarten teacher to catch a dangerous criminal.

While dealing with a classroom of noisy five-year-olds, the tough cop’s adventures in Kindergarten Cop highlights the scenery of Astoria, Oregon, including John Jacob Astor Elementary.

Another iconic film of the 90s, Free Willy’s heartwarming and transformative tale tells the story of an orphaned young boy (Jason James Richter) hoping to save the life of an orca.

Free Willy was filmed in Astoria, Portland, and Seaside, Oregon.

Filmed in Newport, Oregon, Overboard illustrates the story of an heiress and a carpenter, played by Goldie Hawn and Kurt Russell.

Overboard was created in 1987, and was set in the fictional town, Elk Cove, Oregon!

Into the Wild was mostly filmed in South Dakota and Alaska, but parts of the movie were filmed in Portland, Oregon.

Portland’s Reed College shows up alongside glimpses of Mount Hood, which replaced a lot of the mountain scenes set in Alaska.

Into the Wild also includes scenes in Washington’s Beard’s Hollow in Cape Disappointment State Park, which makes this film even more significant to the PNW!

Part of the Homeward Bound series, Homeward Bound: The Incredible Journey is a touching adventure narrative of a bulldog, cat, and golden retriever, featuring the voices of Michael J. Fox and Sally Field.

The Incredible Journey takes place in Ontario Canada, but was mostly filmed in Oregon’s lush forests and along hiking trails near Bend, Oregon.

This indie film follows the life of father-daughter duo Will (Ben Foster) and Tom (Thomasin McKenzie) as they live off-grid in a Portland area park. After being caught squatting and forced through social services, they battle to adjust to normal existence in the city.

Filming happened in the forests surrounding Portland, as they discover and reimagine what “home” is for them.

Nicolas Cage stars in the drama, Pig, which is about a truffle hunter and his foraging pig who live in Oregon.

Pig is set in the dense forest of Oregon and includes scenes of Portland’s Skyline Tavern and Broadway Bridge.

Wild, which features Reese Witherspoon, is set on the Pacific Crest Trail in California and Oregon.

The 2014 movie based on the book, “Wild,” by Cheryl Strayed illustrates a journey of self-discovery and recovery from past tragedies.

Spend some time in the Cascades of Oregon: Here are 38 things to do in Bend Oregon in summer!

Primarily filmed on the University of Oregon campus, the comedy, Animal House, shows the hilarious journey of Dean Vernon Wormer (John Vernon) and his efforts to expel the entire Delta Tau Chi fraternity.

Eugene and Cottage Grove, Oregon show up the most in Animal House!

Starring Margot Robbie, Tonya Harding, and Allison Janney, I, Tonya, shares the well-known biographic story of Tonya Harding and her rise and fall of fame.

The film explores the competitive ice skater’s account of the U.S. Figure Skating Championships and her journey of being an ice skater from Portland, Oregon.

The 1998 Disney Channel original movie, Halloweentown, is about a girl, Marnie, who discovers that she is a witch and gets transported to the magical city, Halloweentown.

Forty-five minutes from Portland, Halloweentown was filmed in St. Helen’s, Oregon, which has embraced the cult classic and advertises itself as the official “Halloweentown!”

Did we miss any of your favorite movies set in the Pacific Northwest? Let us know in the comments below!

8 Incredible Walk Behind Waterfalls in Oregon

The 9 Best Resorts In The Pacific Northwest

20 Energizing Hikes In The Pacific Northwest

How To Plan A Trip To The Pacific Northwest 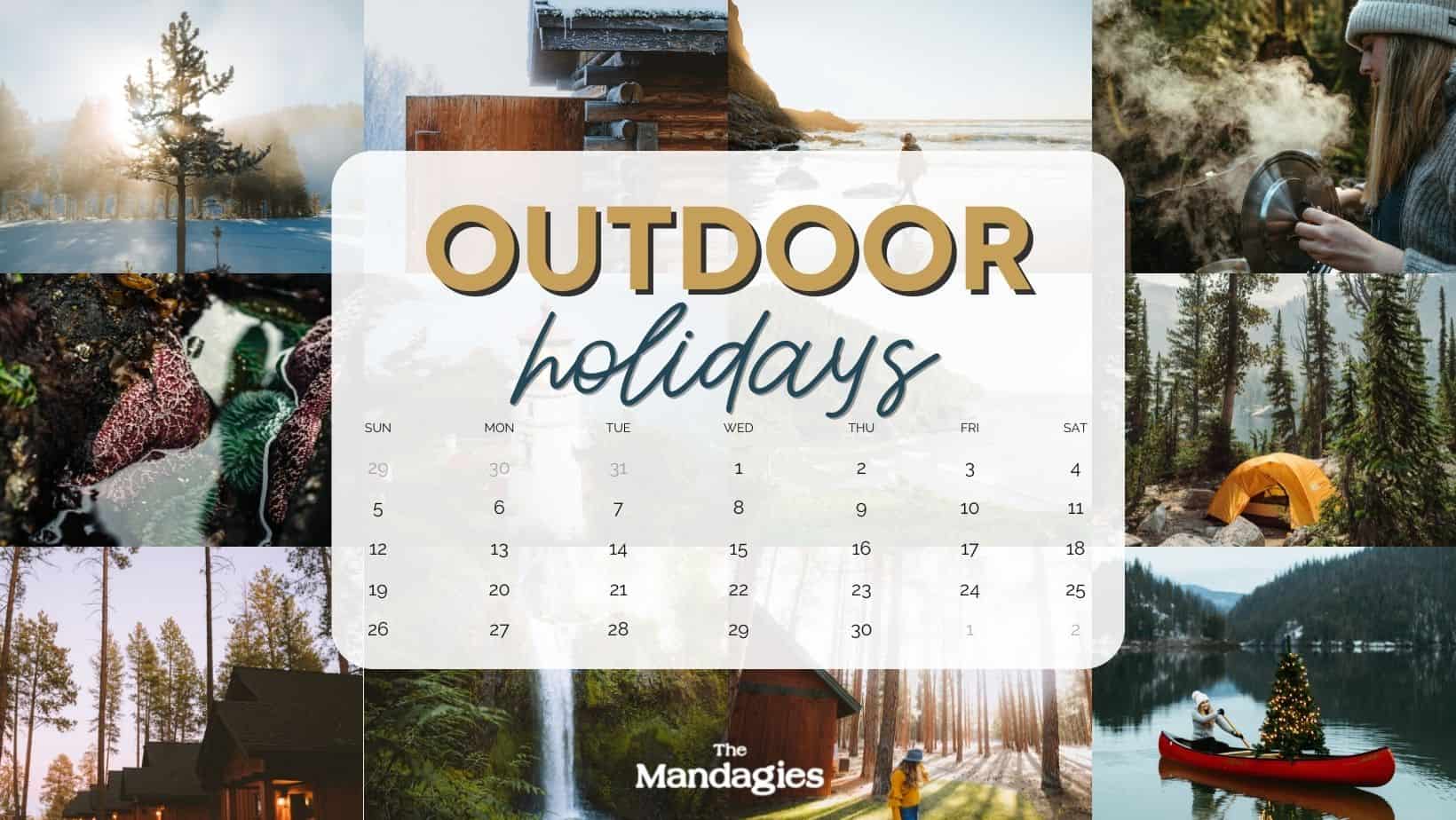 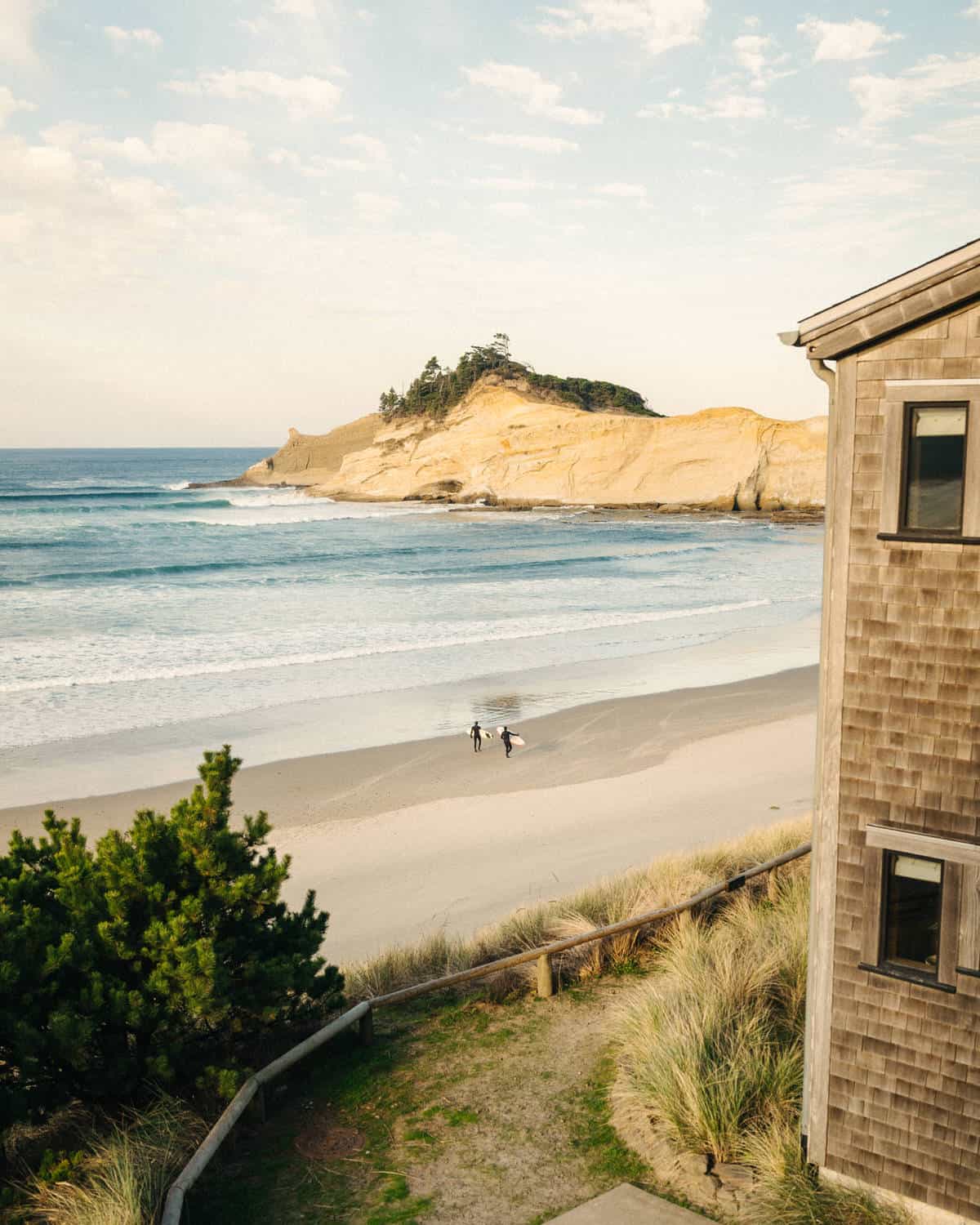