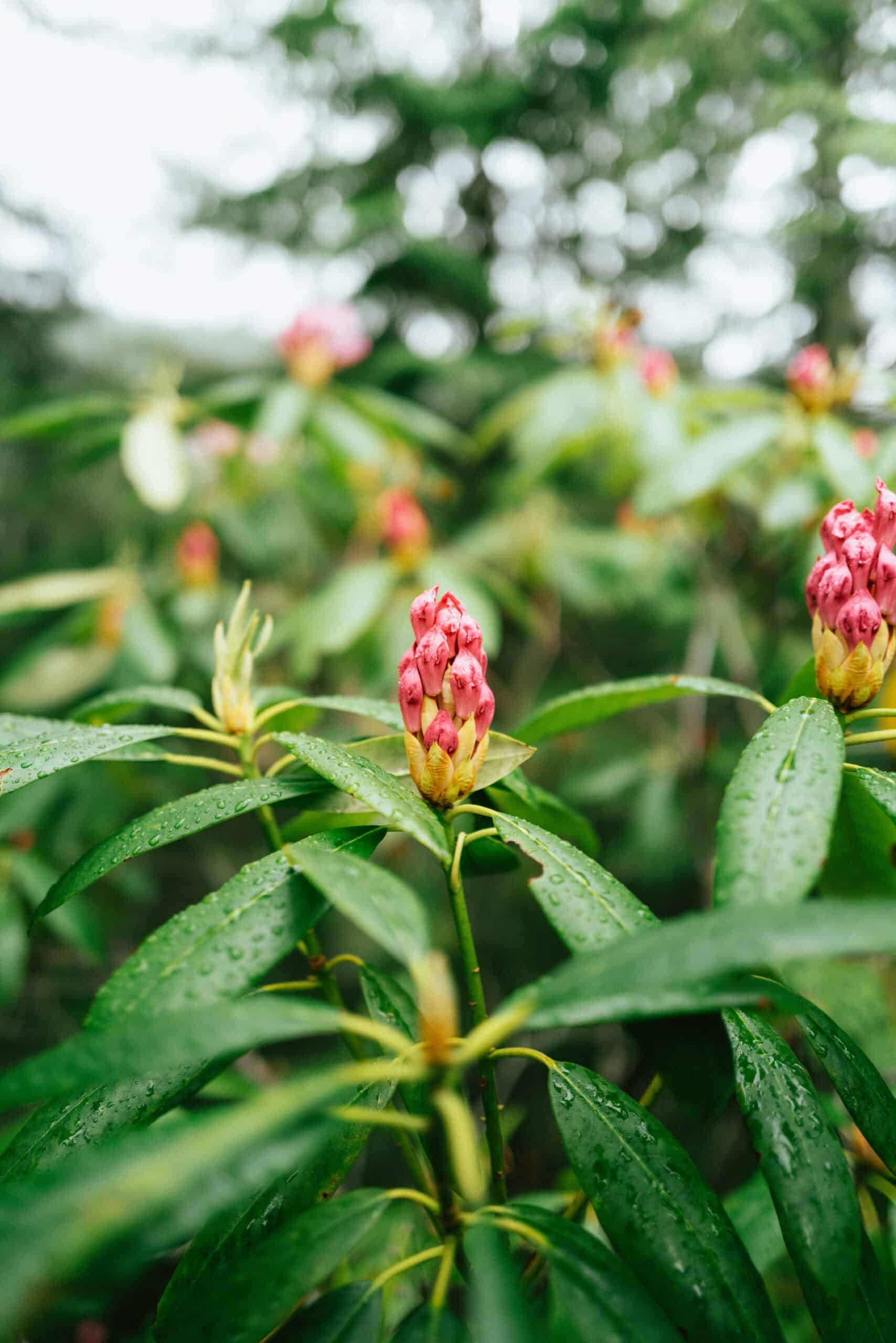 Did you know that a quarter of the country’s llama population lives in Oregon? Or that the smallest park in the world resides in Portland?

Known for its waterfalls, scenic coastal drives, glorious sea stacks, unique cities, and diverse landscape, Oregon is abundant in adventure. With this comes many interesting Oregon facts as well!

The Oregon Grape, also known as Holly-Leaved Barberry, is a shrub native to the Pacific Northwest.

The Oregon Grape produces bright yellow flowers in the spring and edible, dark blue, bitter berries in the fall!

The Western Meadowlark was chosen by students in a state contest as the state bird of Oregon in 1927.

Despite action to change the state bird in Oregon to an osprey, the yellow-breasted Western Meadowlark has remained Oregon’s state bird for almost 100 years!

The Douglas Fir was named after the Scottish botanist David Douglas, who traveled to Oregon to record and collect new species of plants in North America.

David Douglas sent a Douglas Fir seed to Scotland where it was planted near his birthplace at Scone Palace.

This giant tree, among other conifers in the Scone Palace Gardens, is still growing to this day!

Weighing up to 50 pounds, Chinook Salmon are the largest species of salmon in the Pacific Northwest!

Chinook Salmon play a significant role in tribal culture and history in the region, especially in the Columbia River Gorge and Basin where the fish has historically been bountiful.

5. Oregon’s nickname is “The Beaver State.”

Due to the historic abundance of the beaver in Oregon, the beaver was declared the state animal of Oregon in 1969.

The emblematic beaver is also the mascot of Oregon State University! Go Beavs!

6. The state capital of Oregon is Salem Oregon.

Salem is situated within the Willamette Valley, which is one of the most agriculturally productive and fertile agriculture regions in the world!

Because of geological features that are unsuitable for settlement, there is an average of 39.9 people per square mile in the entire state of Oregon.

With a population of 650,000, Portland is a diverse community holding many wonders, such as the largest independently owned bookstore in the world, Powell’s, dozens of breweries, and their famous Portland Saturday Market!

9. Tourism is a major part of Oregon’s economy.

Between the beautiful coastline, the state’s large cities, and tons of outdoor adventures, Oregon is no stranger to being a major travel destination.

Not only that, but the only national park in Oregon–Crater Lake National Park–averages about 500,000 visitors per year!

With 385 miles of bikeways, neighborhood greenways, bike lanes and paths, Portland’s bike infrastructure is valued at $60 million and is used by over 6% of Portland’s commuters!

11. The smallest park in the world is in Portland, Oregon.

Created in 1946 by Dick Fagan, Mill Ends Park is the smallest park in the world, and it resides on a median strip in downtown Portland.

This tiny urban park contains one tree and is 2 feet across!

12. Portland is home to the oldest rose garden in the USA.

Portland has rightfully earned its nickname as the “City of Roses” due to its ideal living conditions for the fabulous flower.

13. There are over 90 waterfalls in the Columbia River Gorge.

While known for windsurfing and kitesurfing, there are tons of Columbia River Gorge waterfalls and lots hiking trails to experience Oregon’s diverse natural landscape.

The Columbia River Gorge is known to have the highest concentration of waterfalls in the nation!

14. Mount Hood is the highest peak in Oregon.

Mount Hood is an active stratovolcano that provides a prominent backdrop to Portland, Oregon and sustains local agricultural and tourist economies.

Oregon has five volcanoes: Mount Hood, Mount Jefferson, Newberry, Three Sisters, and Crater Lake, all of which are a part of the Cascade Range.

15. Oregon has one national park.

Crater Lake National Park is a major tourist attraction and is home to Crater Lake, which is the deepest lake in Oregon!

Crater Lake is 1,949 feet deep and was formed from volcanic activity by the Crater Lake Caldera.

16. Hells Canyon is the deepest river gorge in the USA.

At just over 8,000 feet deep, Hells Canyon lives up to its name and grandeur.

It is welcoming to backpackers who visit the U.S. Forest Service’s Historic Kirkwood Ranch and other stunning spots along the canyon.

These interesting facts about Oregon might surprise you when compared to the enormous Grand Canyon’s popularity and massive depths, but Hells Canyon is over 1,500 feet deeper than the famed canyon in Arizona!

17. There are eight major regions in Oregon.

Each of these regions has its own unique landscape and culture, making Oregon a fantastic place to adventure again and again!

The Oregon coast brings in cooler air, whereas the state’s high desert and mountain areas are hot in the summer and cold in the winter.

19. Oregon’s coast used to be five miles further into the Pacific Ocean.

For millions of years, the force of the ocean waves eroded the coastline and beaches in Oregon, breaking down soft material and creating what we now know as Oregon’s iconic sea stacks.

The entire Pacific coastline was once five miles further into the ocean and the sea level was around 300 feet lower than it is now!

20. There are nine federally recognized tribes in Oregon.

Each Oregon state Indigenous tribe has its own government, unique traditions and culture, and values.

In Lewis and Clark National Historic Park, the reconstructed Fort Clatsop is an attraction embodying Lewis and Clark’s great expedition to the Pacific.

This park contains tons of trails, historical sites, camps, and stunning vistas along the Pacific coast that commemorate the story of America’s famous explorers.

22. There are seven public universities in Oregon.

While on a journey to locate the Northwest Passage (a sea route through the Atlantic and Pacific Oceans), Captain James Cook inhabited the region of Oregon in 1778 and mapped the coast.

Captain James Cook named a portion of the coast of Cape Perpetua and Cape Foulweather after experiencing rough ocean conditions, which still goes by the name today!

Twenty-two years later in 1792, the area was claimed by the United States.

Inspiration for the legendary Oregon Trail Game, the Oregon Trail was a 2,000-mile route from Missouri to Oregon City that was used by pioneers in the mid-1800s.

This was the most used route in all of the United State’s history of westward expansion!

The Oregon Trail brought with it thousands of merchants, traders, and trappers who needed settlement, which encouraged the creation of the Oregon Territory on land first inhabited by Native American people.

These teams include the Portland Trail Blazers, Portland Timbers, and Portland Thorns FC.

27. Nike was founded in Beaverton, Oregon.

Track-and-field coach Bill Bowerman at the University of Oregon and his former student Phil Knight founded Nike in 1964.

Nike was originally called Blue Ribbon Sports and was renamed Nike in 1978, coupled with an appearance of the iconic “Swoosh” logo.

Nowadays, the Tillamook cheese and ice cream company attracts thousands of loyal customers and tourists to local grocery stores and Tillamook, Oregon where visitors can tour their newly renovated creamery.

Not only that, but there are more than 1,000 vineyards in Oregon growing over 70 varieties of grapes.

These Oregon fun facts must make you want to visit the Willamette valley during Oregon’s Wine Month in May!

30. Oregon is known for its sea stacks.

Among the thousands of sea stacks formed from millions of years of erosion on Oregon’s coastline, Haystack Rock stands out as one of Oregon’s most recognizable landmarks.

Oregon’s sea stacks are a welcoming habitat for a variety of marine creatures, such as puffins, murres, and other sea birds.

Check out Face Rock State Viewpoint, Cape Kiwanda, or Cannon Beach for incredible views of these monstrous (or tiny!) forces of nature!

32. Springfield, Oregon was the inspiration for the town in The Simpsons.

Matt Groening’s, “The Simpsons,” is one of the most watched and longest running shows in television history–and it’s based off of Matt’s own story!

The creator chose a common name for a city, so that those watching the show would relate to the story.

33. Timberland Lodge was the exterior of The Overlook Hotel in The Shining.

6,000 feet up the side of Mount Hood, the Timberland Ski Lodge provided a scenic backdrop for the psychological horror film based on Stephen King’s novel, The Shining.

34. The Goonies and Free Willy were filmed in Astoria, Oregon.

Steven Spielberg’s 1985 adventure film, The Goonies, was inspired by accounts of a real-life 17th-century ship found off the coast of Oregon.

Free Willy was another blockbuster film that was shot in Oregon in the 90s!

Learn more about Oregon’s productions at the Oregon Film Museum in Astoria.

35. Oregon is home to the most ghost towns in the USA.

There are over 200 ghost towns in Oregon, largely due to frontier history and mining or lumber camps that were abandoned after the area was deemed unprosperous.

Argued as the first ban on alcohol in the United States, Oregon (or more accurately the Oregon Territory) banned all booze in 1844, and then again in 1915. That didn’t stop people from breaking though! The abundance of caves near Bend was the perfect spot to smuggle equipment and make alcohol out of the watchful eye of the authorities.

You can take quite a few hikes in Bend to see these caves yourself, or book a tour with Wanderlust Tours to hear stories and try some craft brews for yourself. 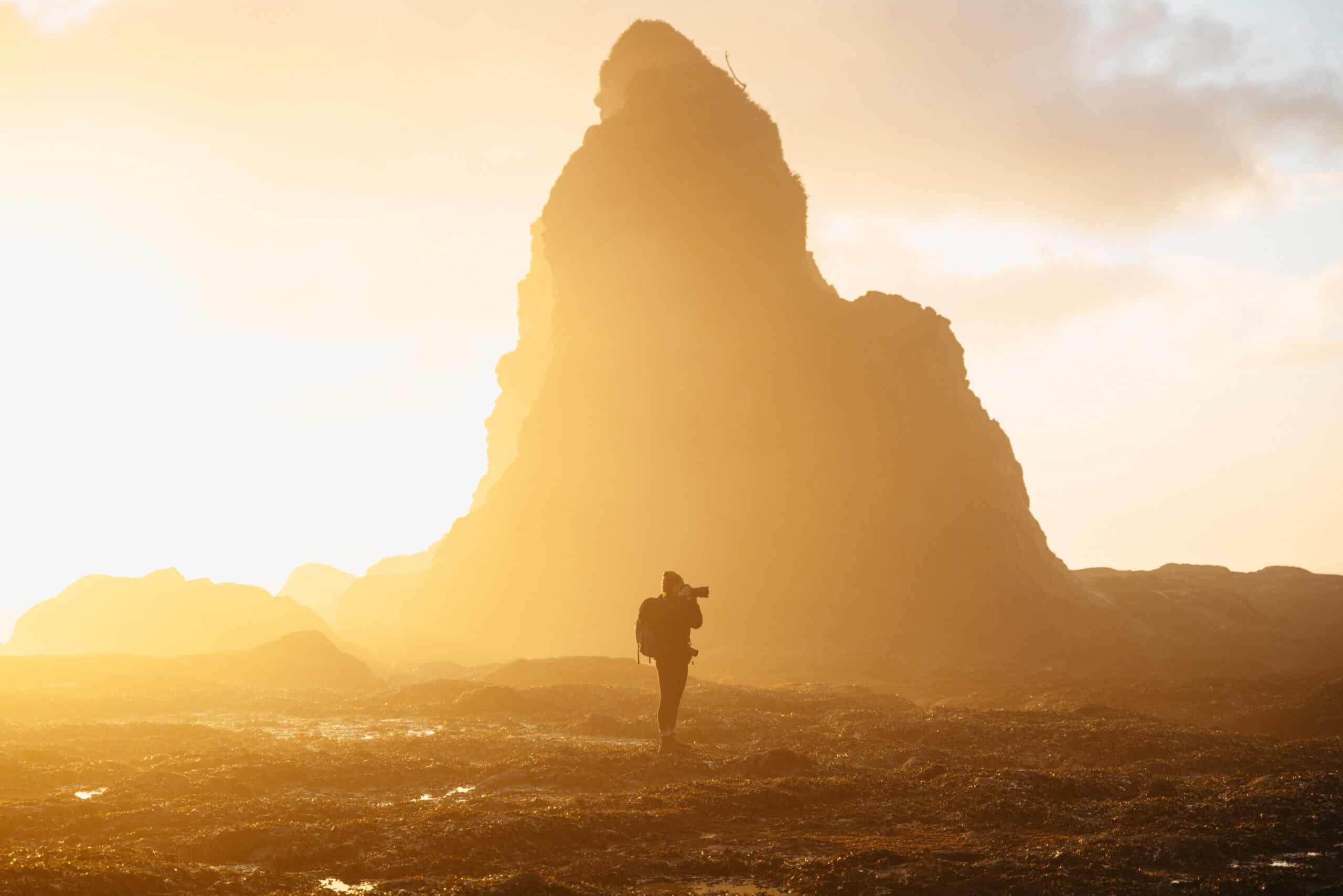 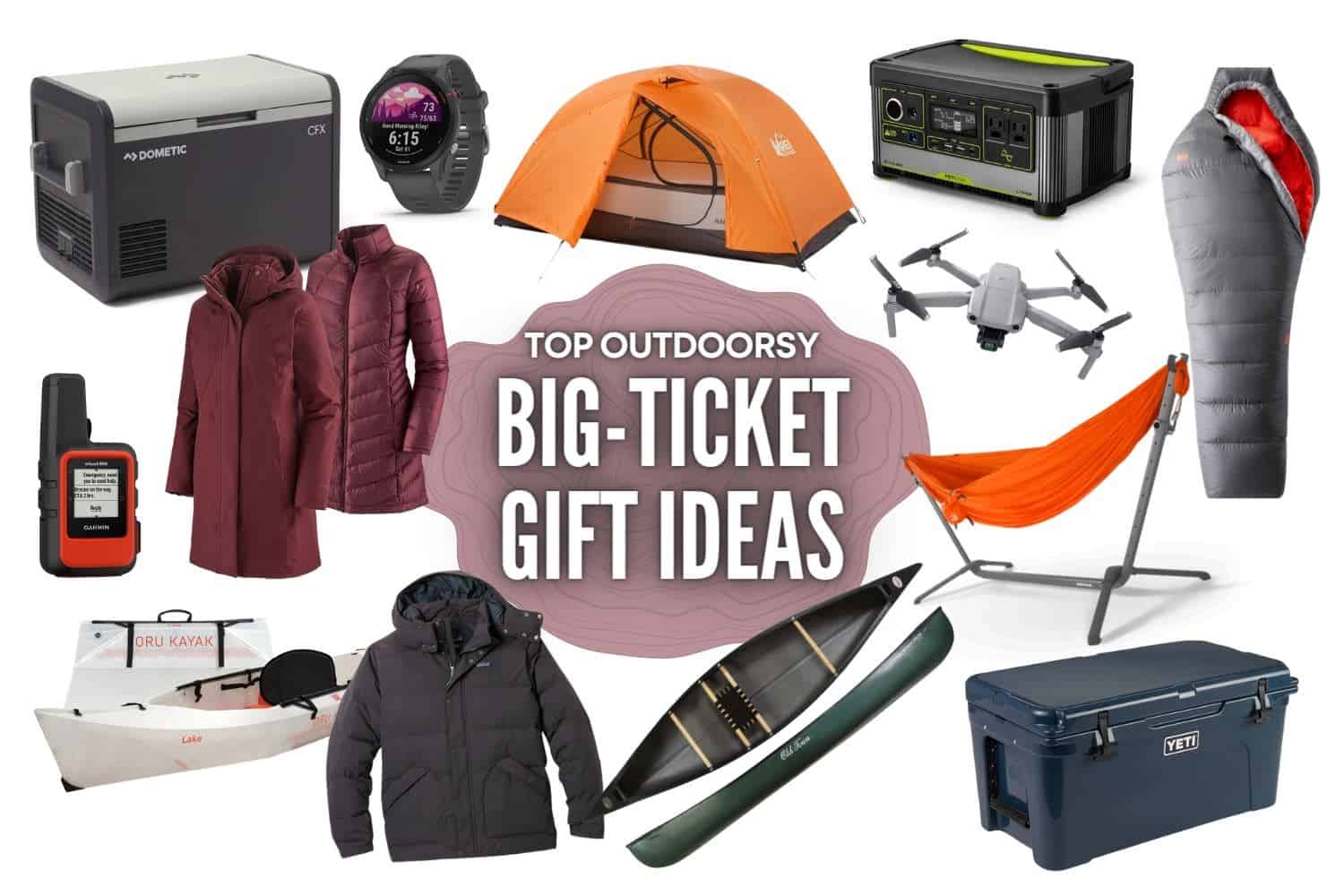