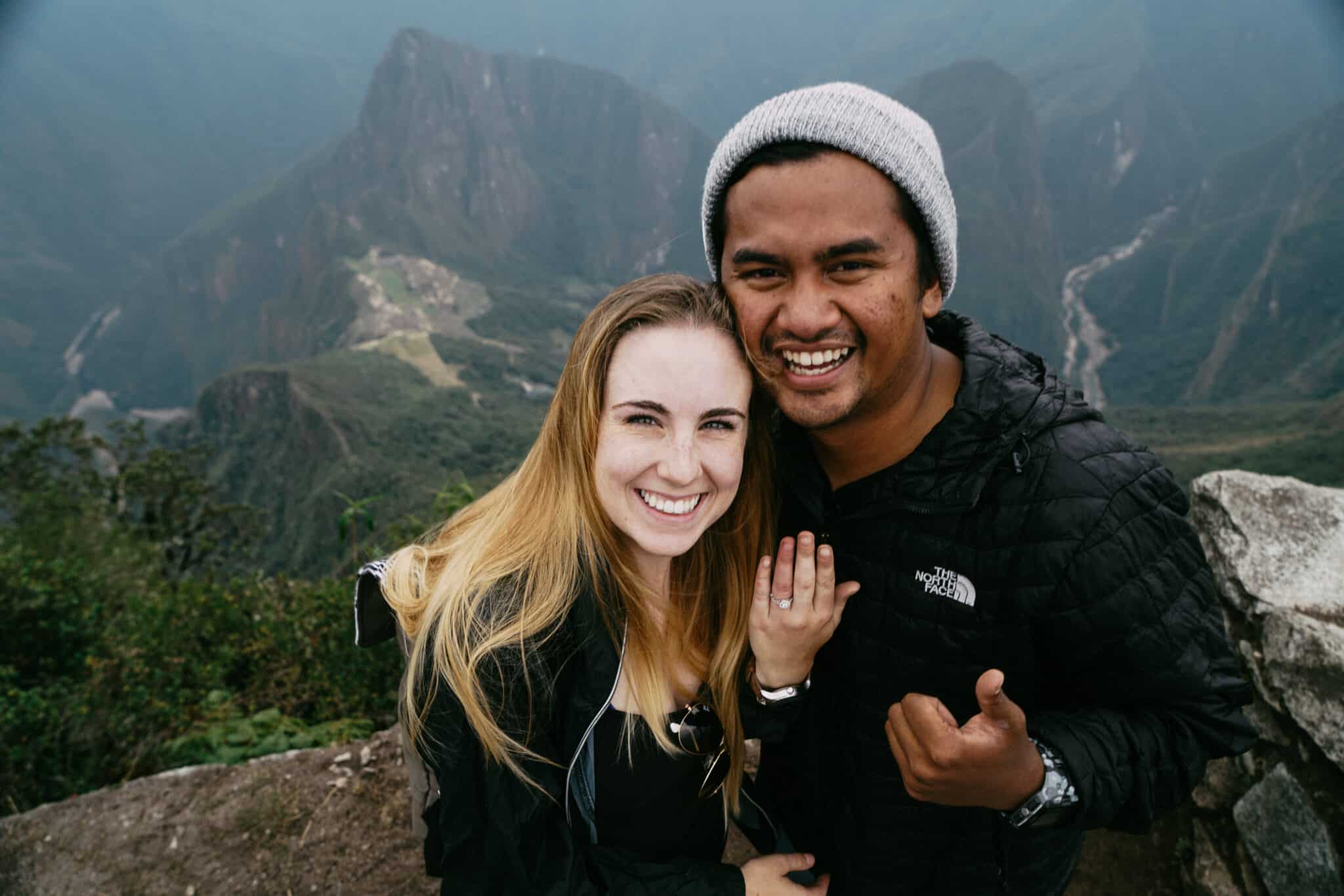 I can’t believe the time has flown by this fast. It seems like just yesterday we were having dinner downtown and playing games at the arcade on our first date.

For this post, I wanted to share our proposal story. It’s a great example of how adventure has been the main theme in our relationship. 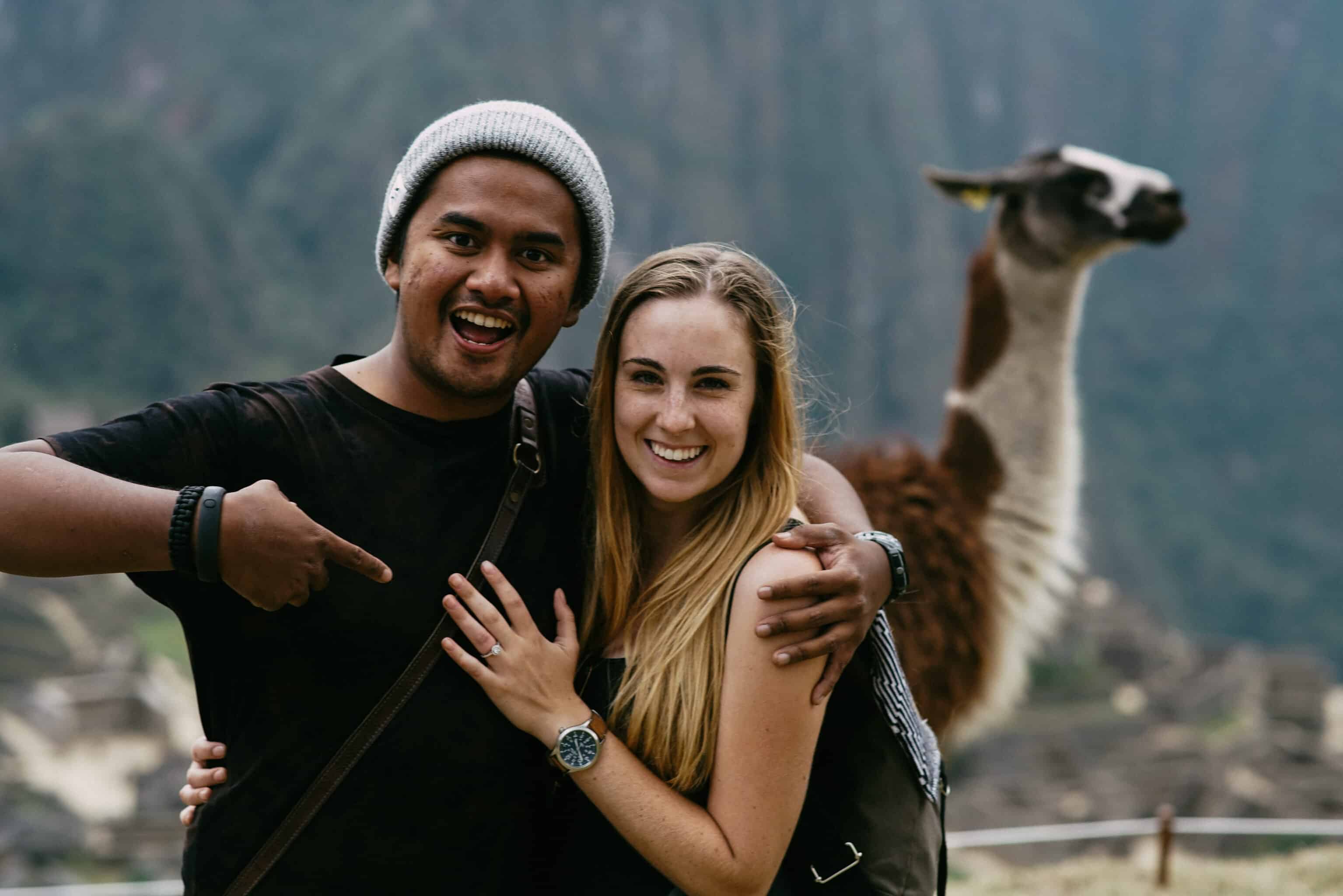 We first met in college. My friend Maddie invited me over to her friend’s house and Berty and I met there over a shared meal.

Since that time, our friend groups collided and we did everything together. We were involved in the same groups, programs, and were interested in the same things.

One thing that rings true throughout our entire relationship is the drive for adventure.

In college, we would rollerblade at midnight through UW’s campus, wake up at the crack of dawn for a hike, or plan camping trips with our friends. Most of the time, our adventures would be so outrageous that when morning came, all had given up the plans but Berty and I.

This led to a lot of one-on-one time to get to know one another, and we became great friends through experiencing the world together.

A few years after dating, Berty began to pursue photography and was involved a lot in Instagram. He started to gain quite a following from posting about our usual hikes and adventures.

This inspired us to find great locations in the PNW and make friends with like-minded explorers. Our adventure community had grown through one little app!

The best sunrise view that morning… I guess Mt. Hood and the sky look cool too in the back. 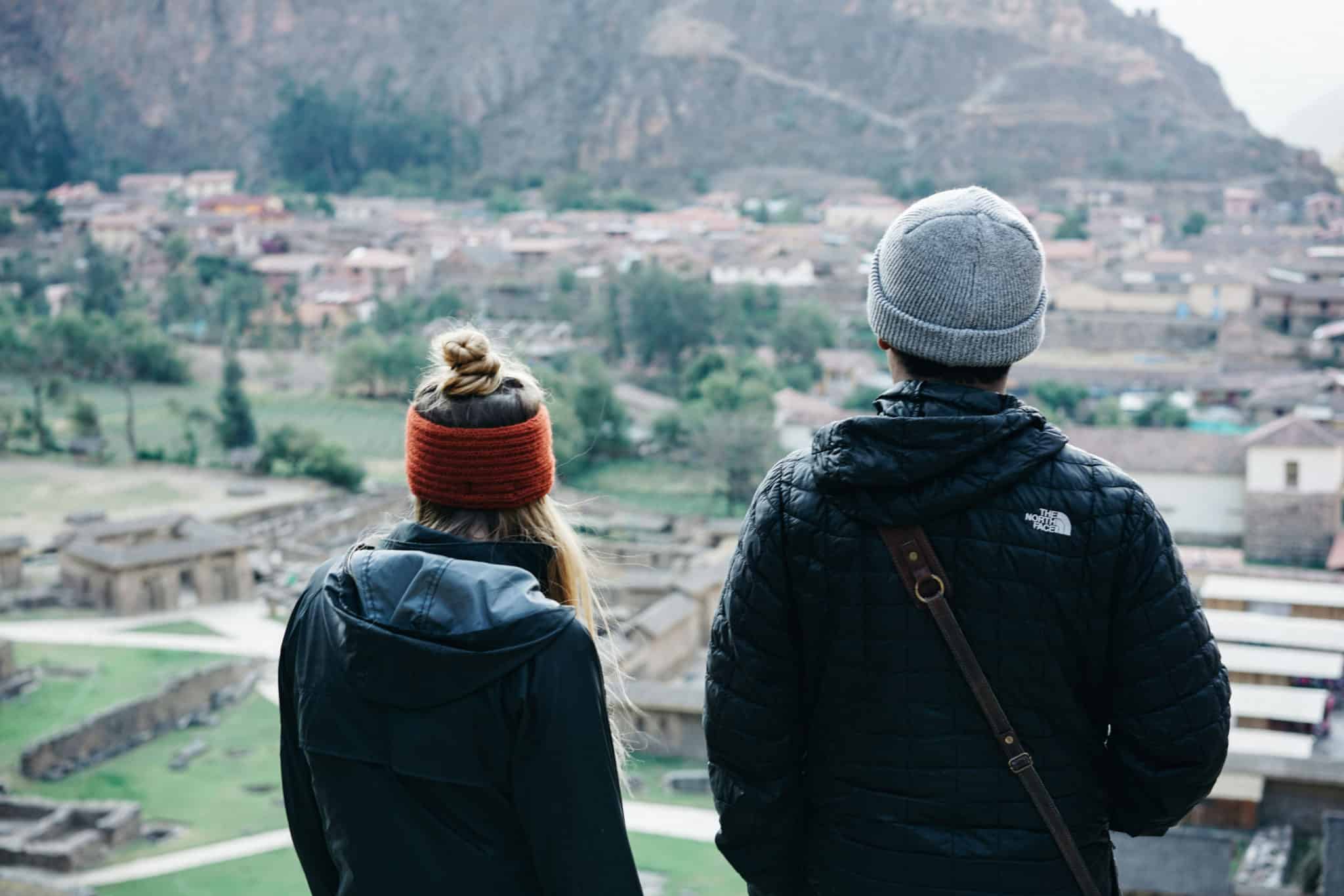 In June 2015, he was announced the winner of an Instagram contest run by Outside Magazine x Timex. He would be traveling to Peru! I was able to join him, and in August we set off for an exciting 8 days in South America.

This trip was truly a once in a lifetime experience. We spent our first days exploring the Sacred Valley, zip lining across the mountains, and slowly soaking in the culture of Peru.

Usually, tourists will fly into Cusco and immediately take a train all the way to Aguas Calientes to visit Machu Picchu. However, we ended up taking a few extra days to drive through the Sacred Valley on our way to Peru’s prized possession.

We liked it better this way because we were able to learn about the culture, taste the food, meet the people, and experience the full picture as a slow build up to our final day’s visit at Machu Picchu.

You can read about our trip here, here, and here, but for this post, I specifically wanted to share about the day Berty proposed: 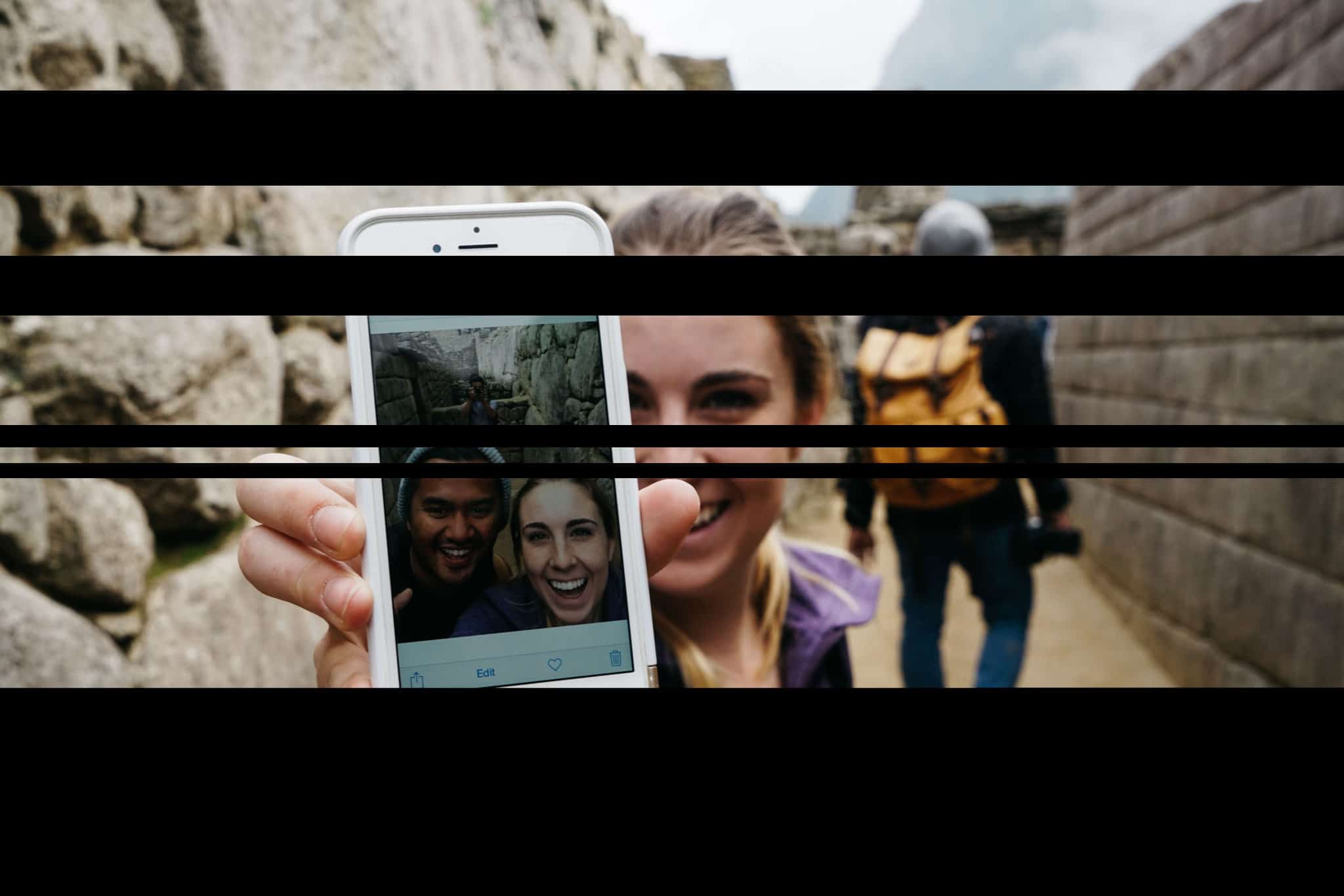 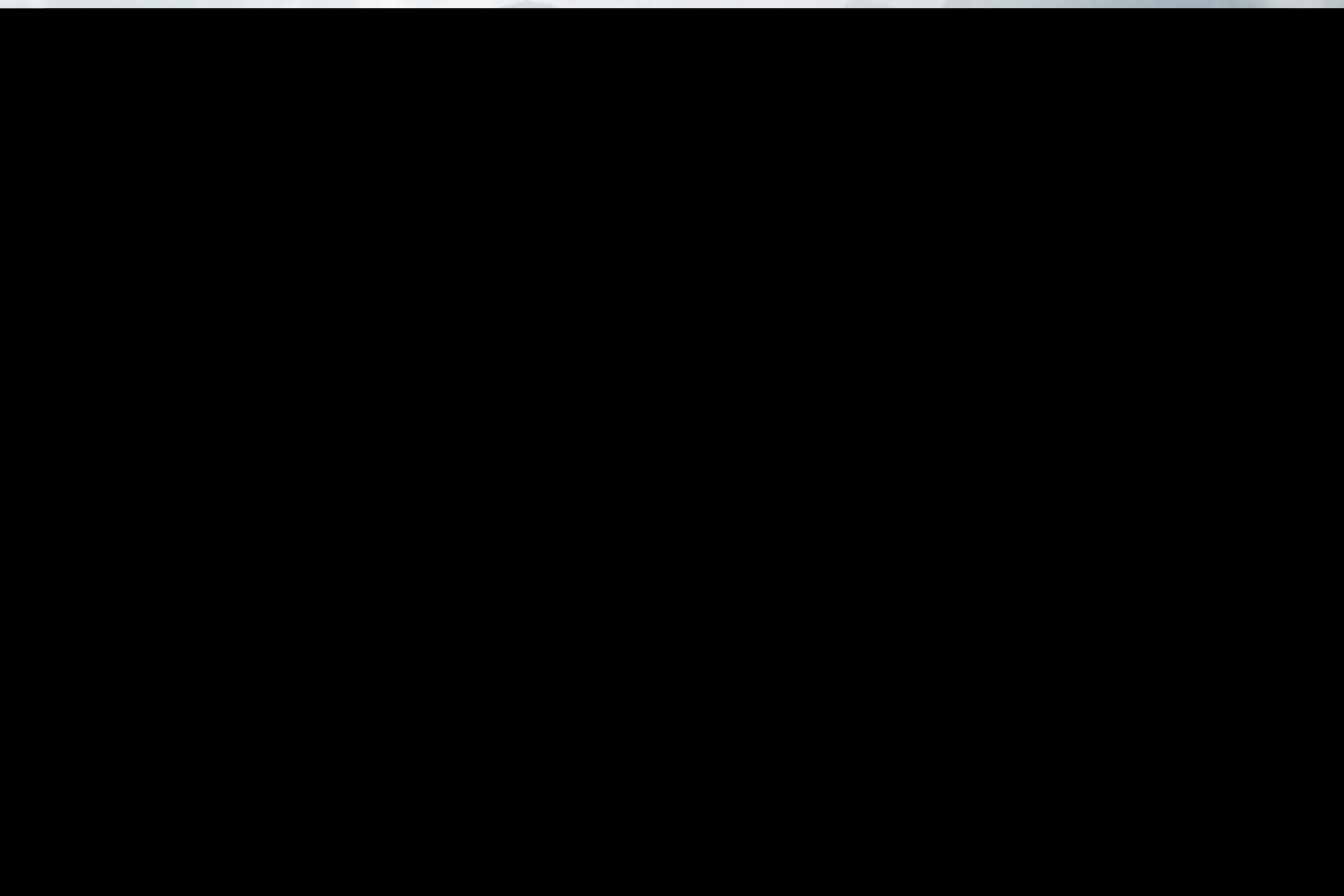 Before we begin, I wanted to tell you that Berty kept the ring a secret during this entire trip. The only other person who knew was Aidan, our friend and videographer on the trip. Berty carried it around in his backpack all week and I had ZERO idea!

On our last day, we spent the morning soaking in the wonders around every corner at Machu Picchu.

We were both really impressed with how the Peruvians preserve this place. They are incredibly strict with the conduct that goes on inside the grounds, which honestly makes it feel more sacred and special.

It was also cool to see Berty’s reaction when he entered the grounds for the first time. Knowing that this had been a childhood dream of his to see Machu Picchu, I was excited to watch him fulfill that dream! (also, look how nervous he is!) 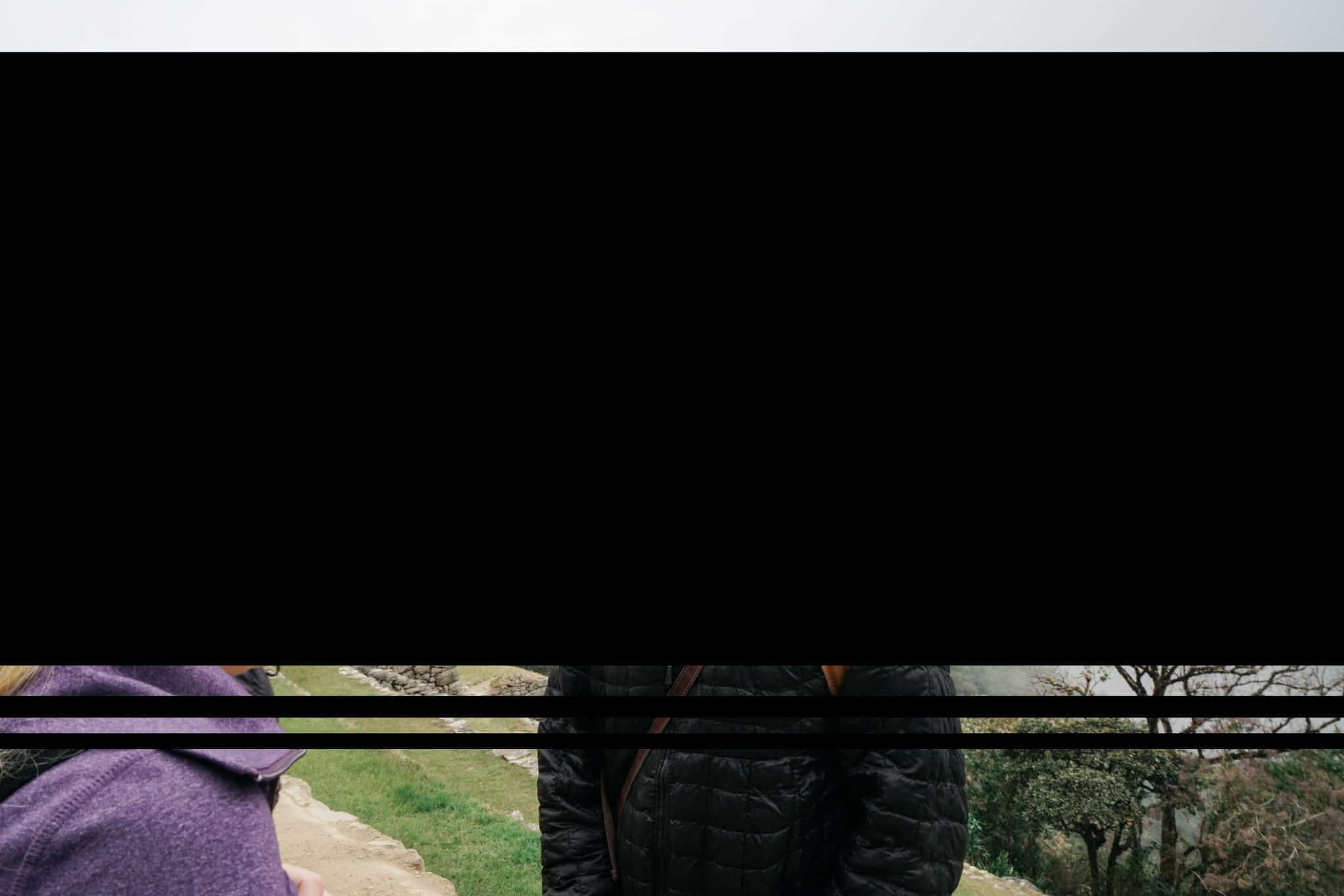 Included in this trip was a permit to hike Machu Picchu Mountain. This hike, while less dangerous than the other option of Huayna Picchu, is almost double the elevation gain and takes MUCH longer to hike. Maybe next time we’ll hike Huayna!

I would say 99% of the path to Machu Picchu Mountain consists of old ancient stairs. It felt like we were doing a StairMaster for 2.5 hours straight. We ended up taking a lot of breaks to catch our breath because the altitude was pretty hard to acclimate to.

However, despite the challenge, there’s a view of Machu Picchu nearly the whole time, and the higher you go, the cooler the valley looks below!

This is a picture of us on one of our (many) hiking breaks. Berty was carrying all his camera gear (and a special something) in his backpack, so he had quite a few extra pounds to take up the mountain. Poor guy! 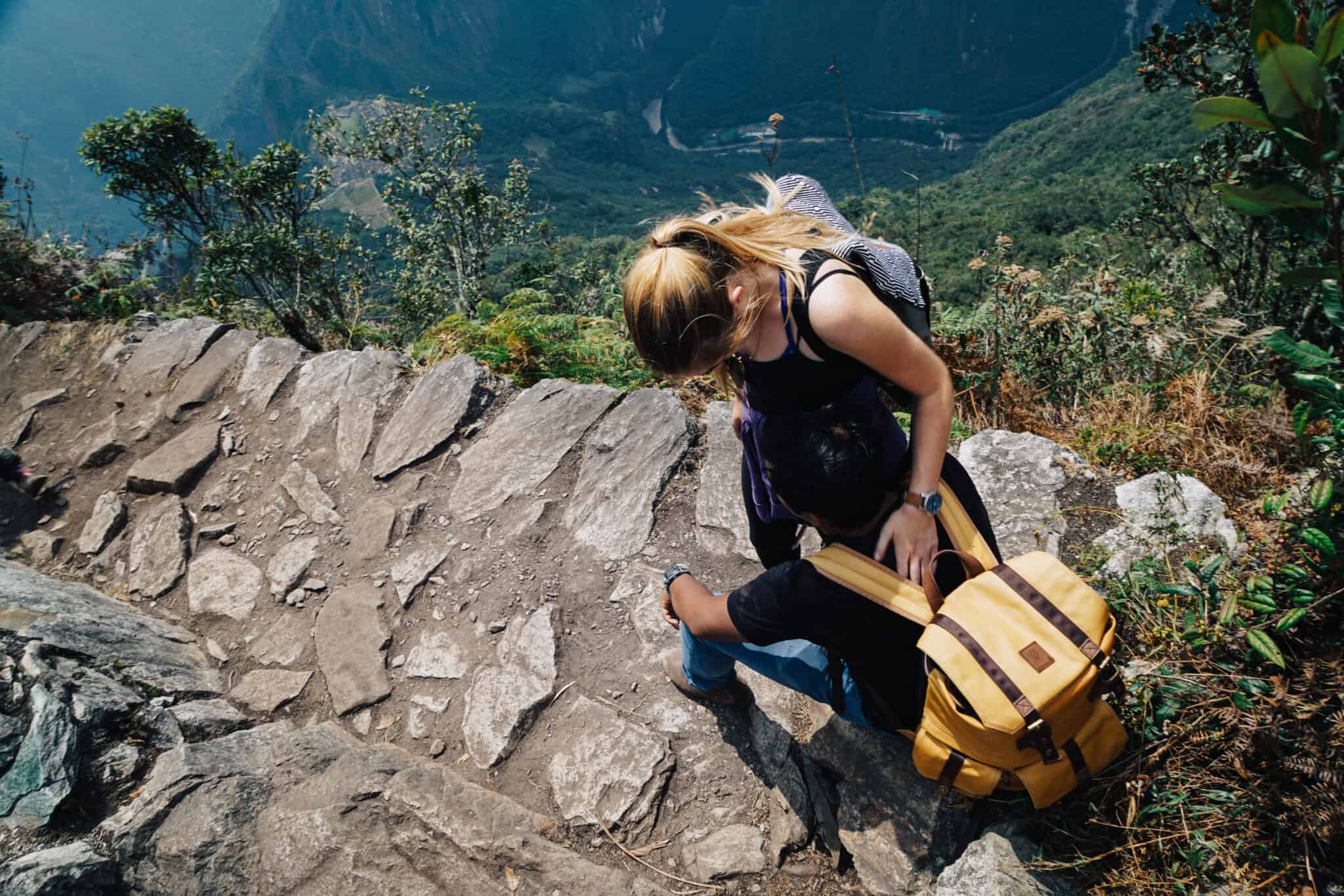 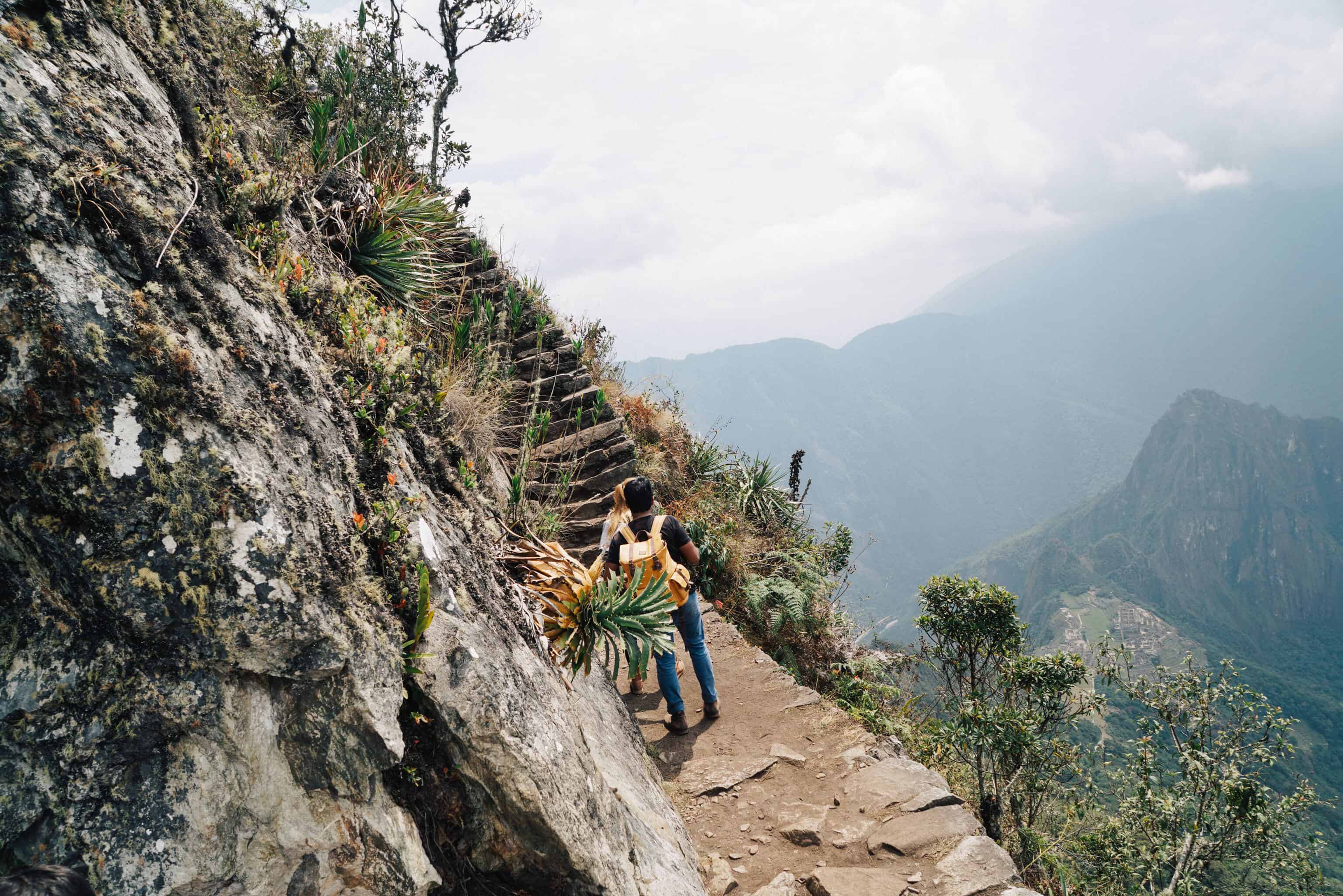 As we neared the top, the trail stairs became a little more…questionable. Some sets were right on the side of the cliff, which made it pretty scary! Especially when we had hikers coming down at the same time – who would get the spot closest to the inside??

When we *finally* reached the top, we spent some time soaking in the view around us.

We were DEFINITELY on the highest peak in all of the surrounding valley, standing at 10,000 feet! The Cusco flag was waving in the wind, and Machu Picchu below looked like a tiny speck! We took some pictures at the top…but now that I look back at them Berty looks pretty nervous.

I wonder if he’s keeping a secret??

Berty planned his proposal at the most perfect time. If we had arrived just a few minutes later, we wouldn’t have had nearly the amount of time at the summit as we did.

The groundskeeper was starting to usher people down the mountain. Machu Picchu issues a certain time frame in which everyone is allowed to ascend, and we arrived at the tail end of that time. This is for the safety of travelers of course because I assume those ancient Incan stairs can be REALLY sketchy in the dark.

I’m sure Berty felt rushed to pop the question, so I remember him quickly pulling me aside to “check out the view” in our own little corner of the summit.

It finally happened when we were taking a break sitting on that ledge looking at the valley below. Before I knew it, Berty stood me up, told me he loved me, and then got down on one knee.

I believe his exact premise words were “You know I love you, right?” HA! To be honest it all happened so fast. Berty said he had a huge mushy speech planned out but when it all happened his mind went completely blank. Mine would have too, Berty. I’m thankful you still proposed even with all those nerves!

After Berty proposed (and I said yes, of course) we could hear people speaking to one another in French and Spanish as they figured out what just happened. I could see them gesturing to the groundskeeper to give us a minute alone, so he didn’t shoo us off the mountain right away like everyone else.

Our talented videographer friend, Aidan, filmed the entire proposal as well as the whole trip. You can find his video here, on Outside Magazine’s online website!

FUNNY STORY: Because we worked so hard climbing up the mountain, my fingers were swollen and the ring didn’t fit!

You can see in the picture above that my finger was red from cutting off the circulation. Rest assured though, once we descended and had a few hours to relax, it fit just fine. 🙂

The trip down felt a million times easier since I had an extra pep in my step. It was a wonderful ending to our trip, and we celebrated the day with our group in Aguas Calientes!

That’s the story! Thanks for taking the time to read a little bit about us.

You can find out more about us here, as well as stick around for more to come.

We’ve got a post and are *finally* sharing our wedding photos on the blog in two weeks! If you want to stay updated, sign up for our email list below and we’ll make sure you stay informed.

Thanks for reading this extra long post! We hope this gave you a little insight as to who we are and what matters most to us. We’d love to hear what you think in the comments below!

5 thoughts on “Our Proposal Story” 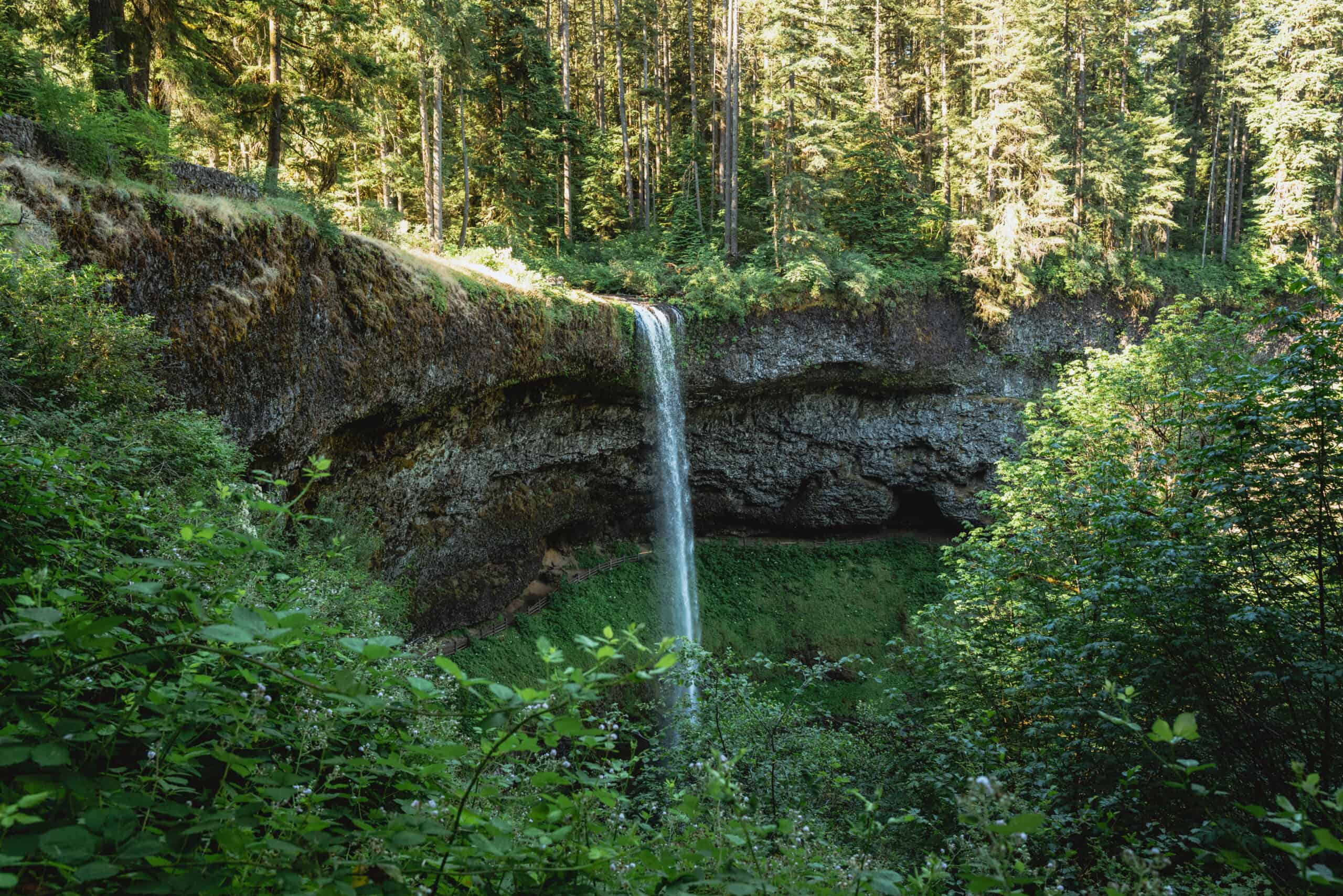 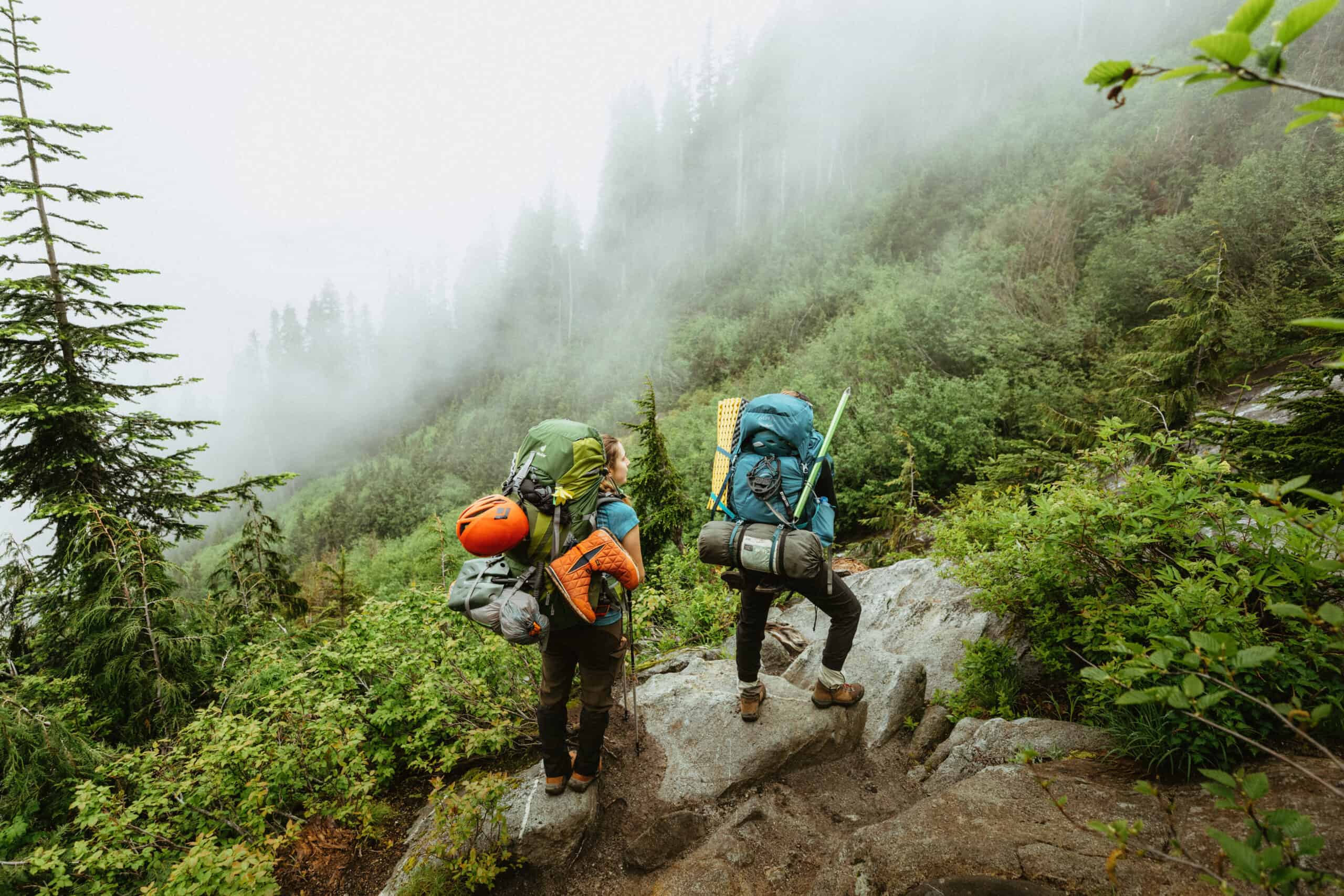 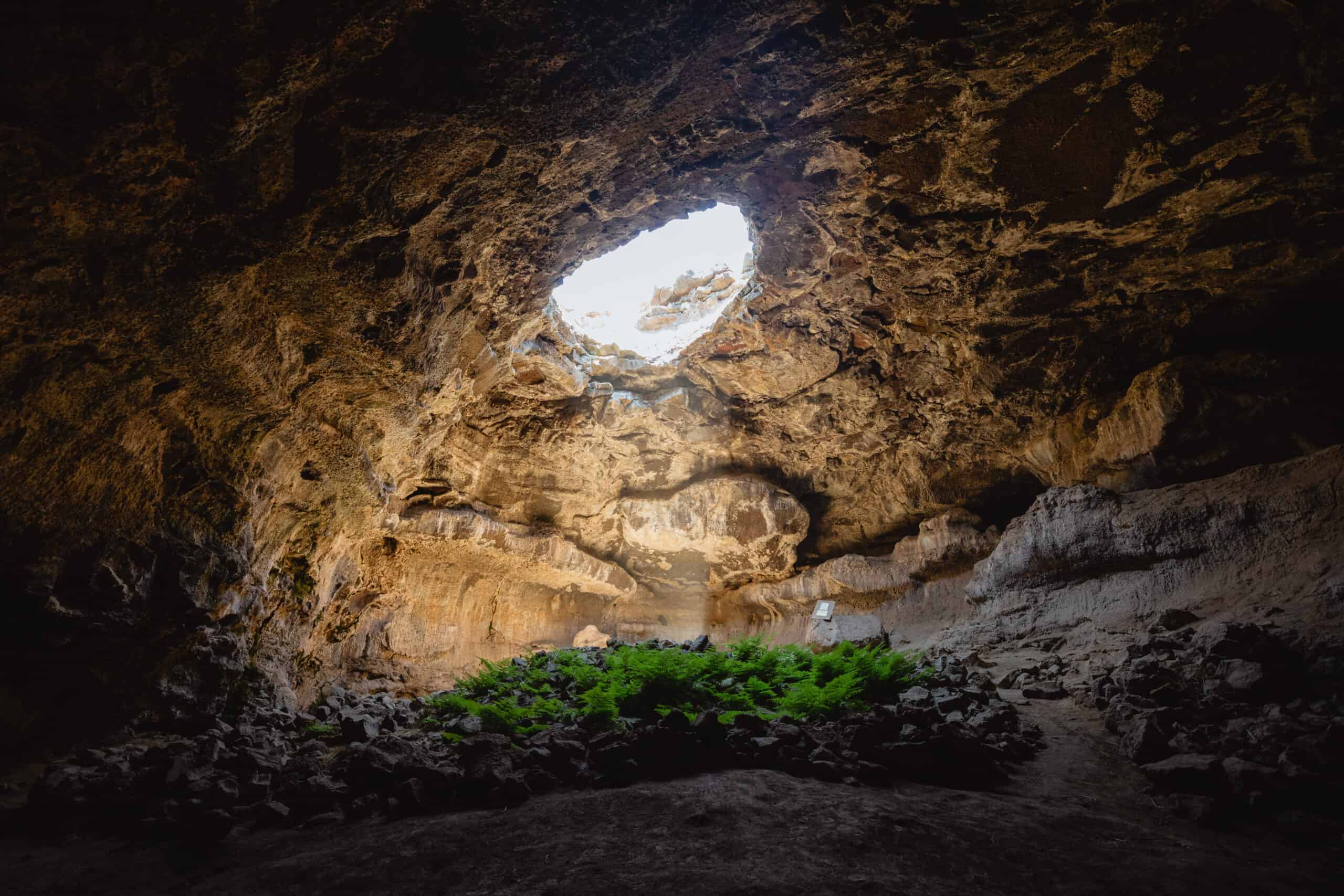