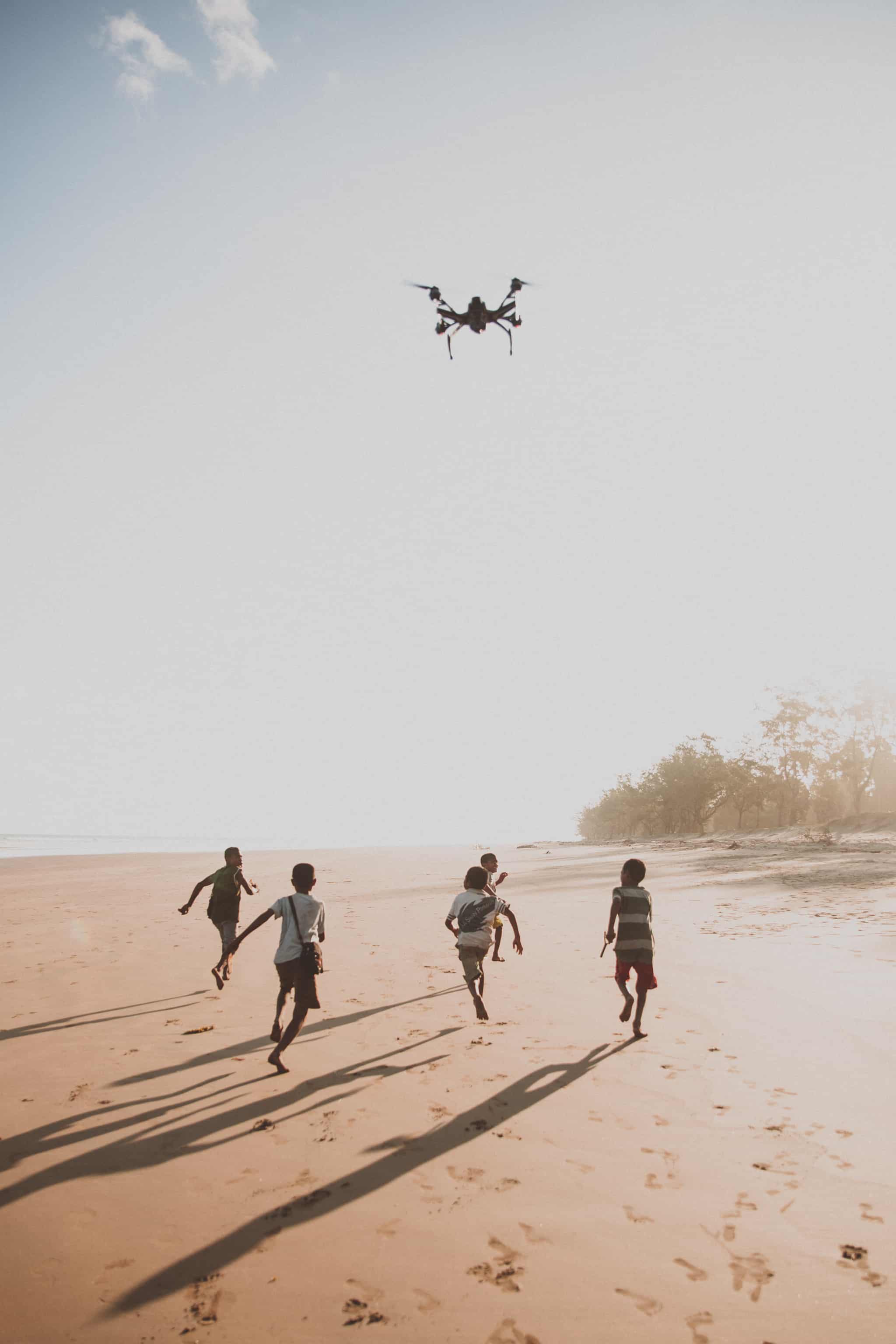 Berty’s family and I decided to make the journey across the island and visit two remote beaches: Kolbano Beach and Oetune Beach.

We wanted to check them out because Timor is much less populated than other islands in Indonesia, and we had a good chance of having them all to ourselves. (This also means great pictures for Berty!)

Because there are no freeways in basically all of the country, it took us three and a half hours to reach our destinations from Kupang. This “forced” us to take in the view around us, which was definitely not lacking!

It was a real treat to take this break from the bustling cities of Jakarta and Surabaya to slow down and experience Indonesia from another perspective.

We even saw families who still lived in grass huts!

It was nice to see a part of Indonesia that valued the lazy parts of life. 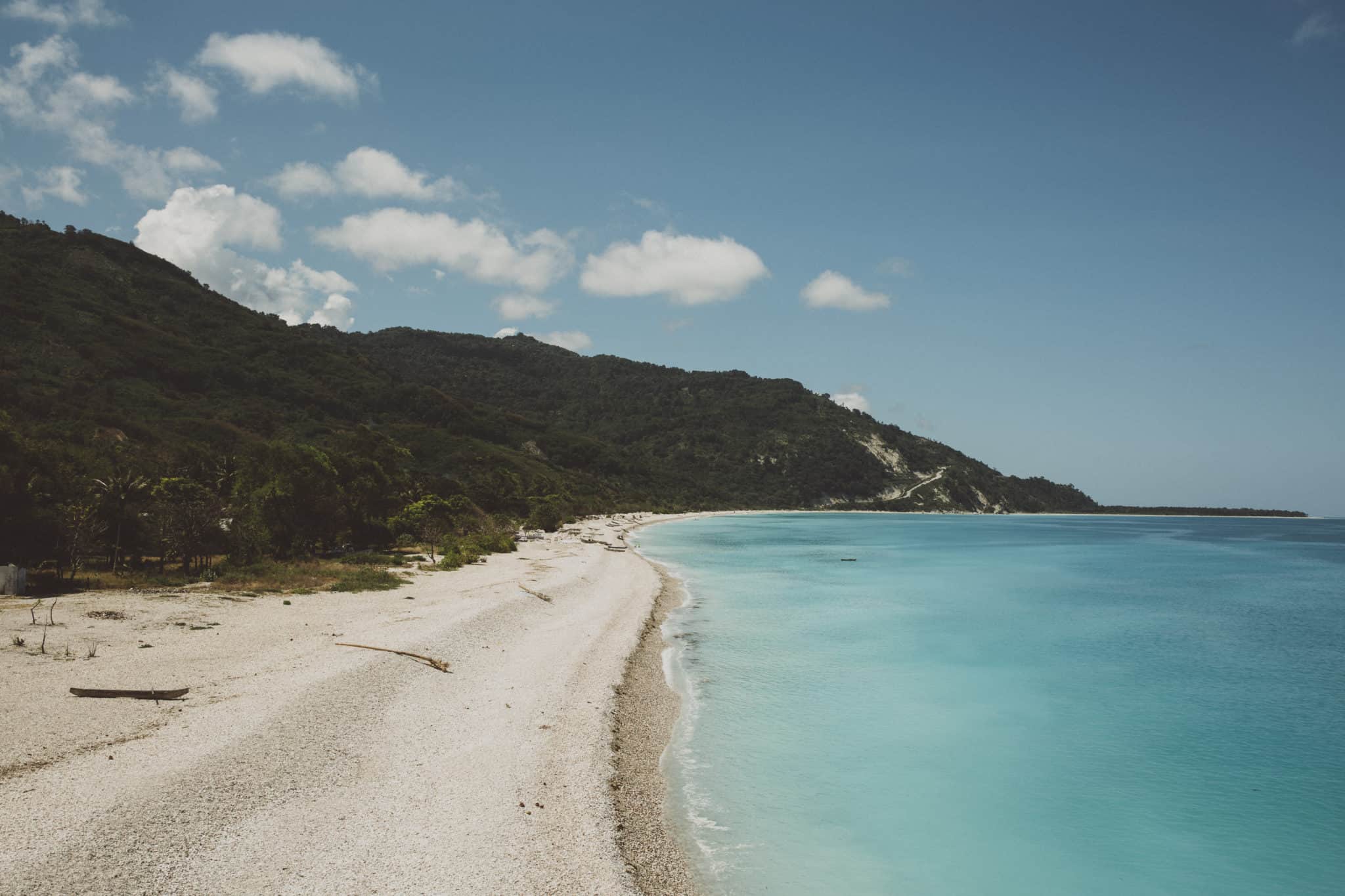 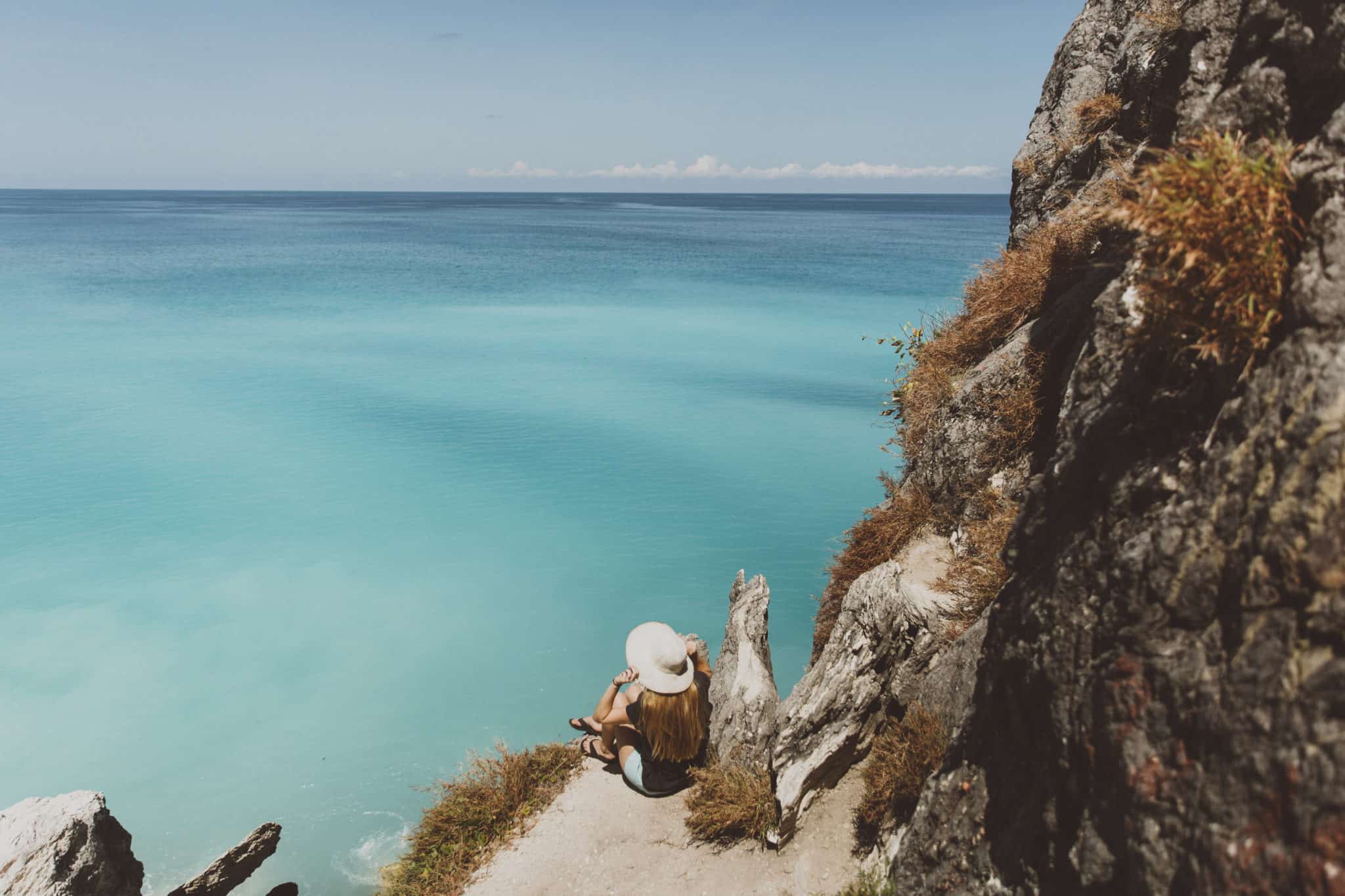 This was our first beach stop for the day! It was a beach with big round stones instead of sand.

Here, Berty and I spent most of our time exploring around a huge nearby rock. This boulder had so many caves and places to climb, we could have spent hours here.

The sun also beat down so hard on the beach that the shade from the rock was a welcome relief.

The caves on the inside are ones which you could only access if you went into the water. We had to strategically time our entries because the waves kept crashing in and out of the entrance.

When we were inside, it was fun to climb in and out of all the crevices and take lots of pictures. I’ve also been testing out some photography skills of my own so Berty and I took turns with the camera. 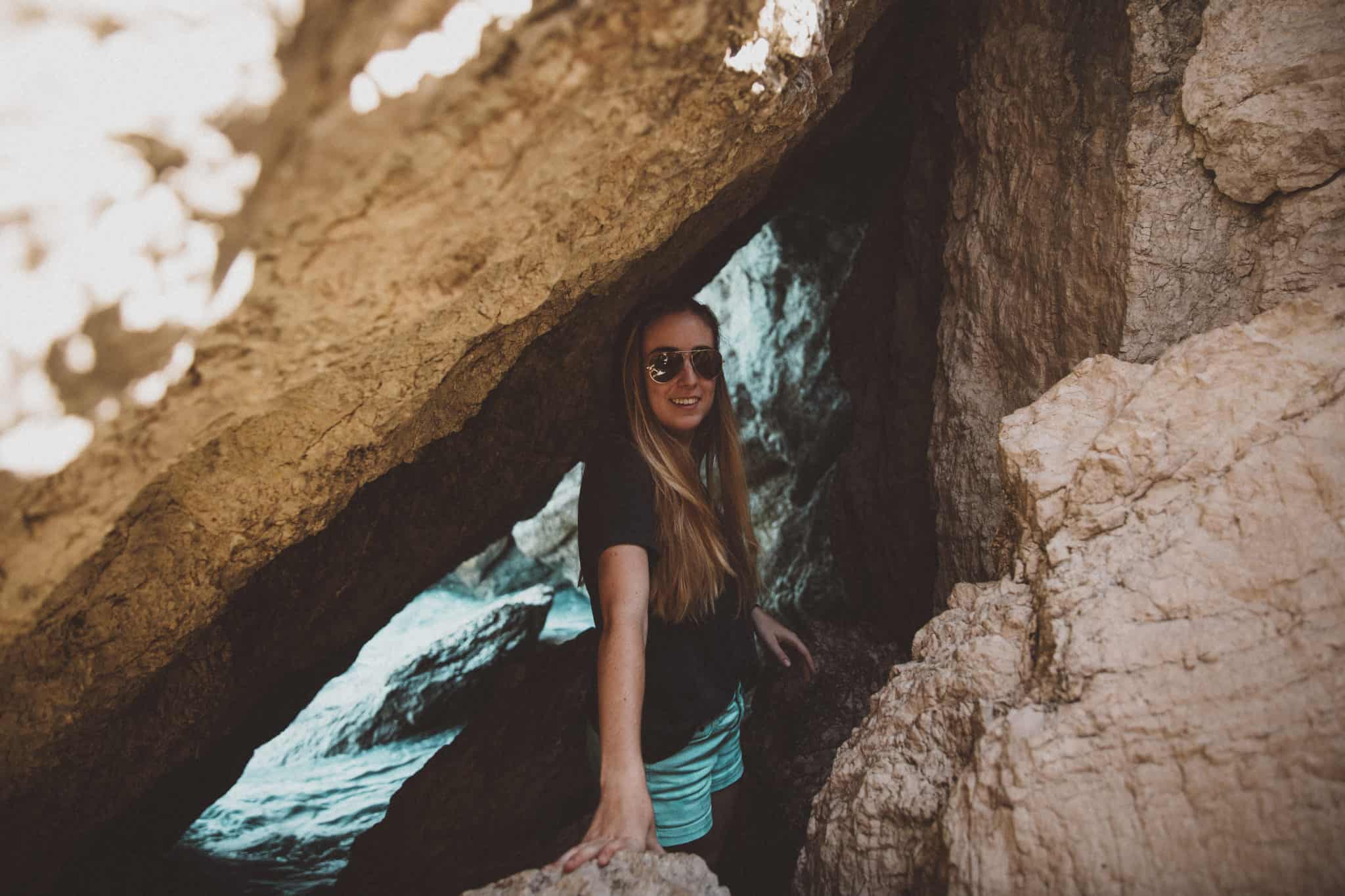 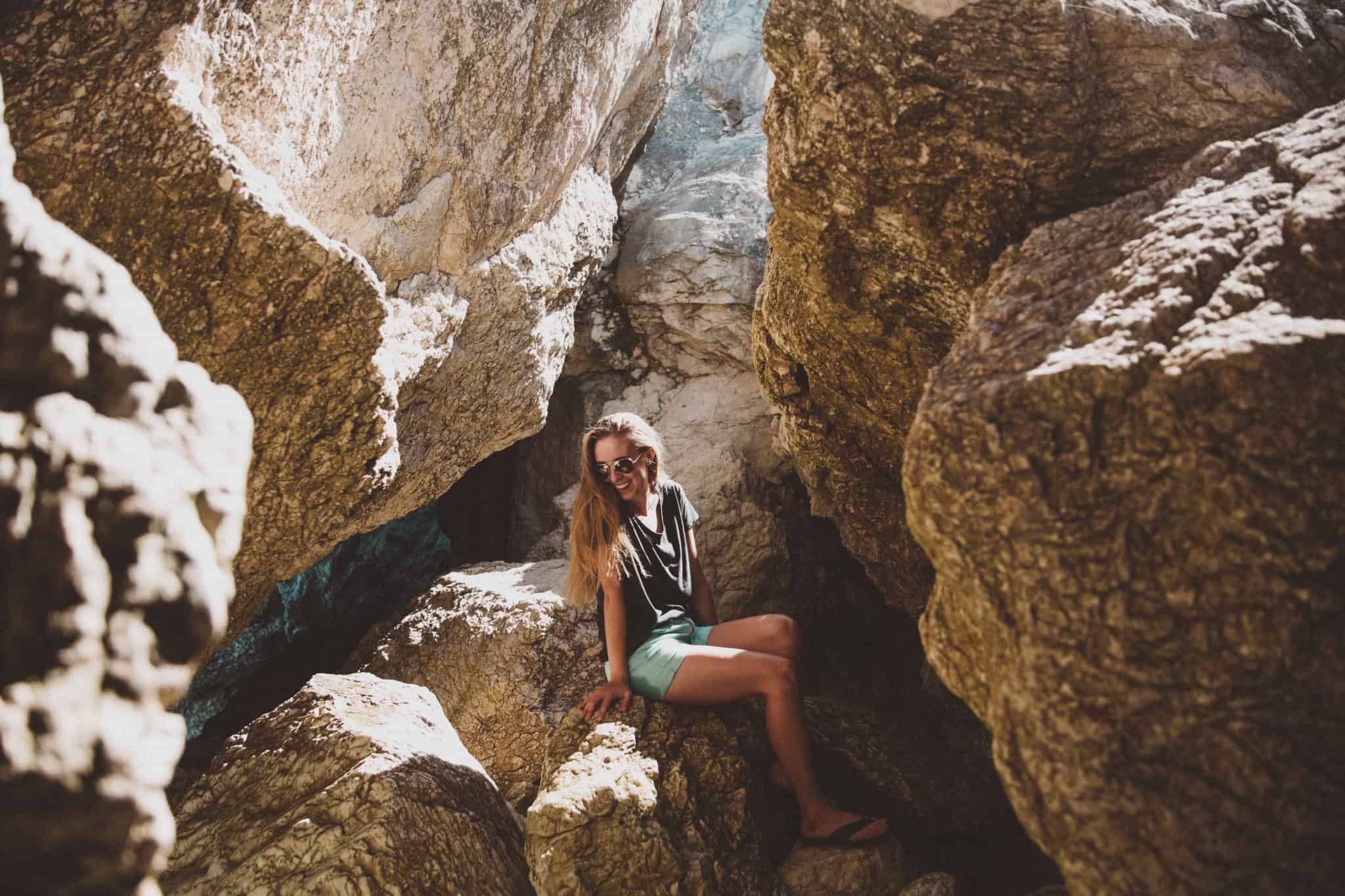 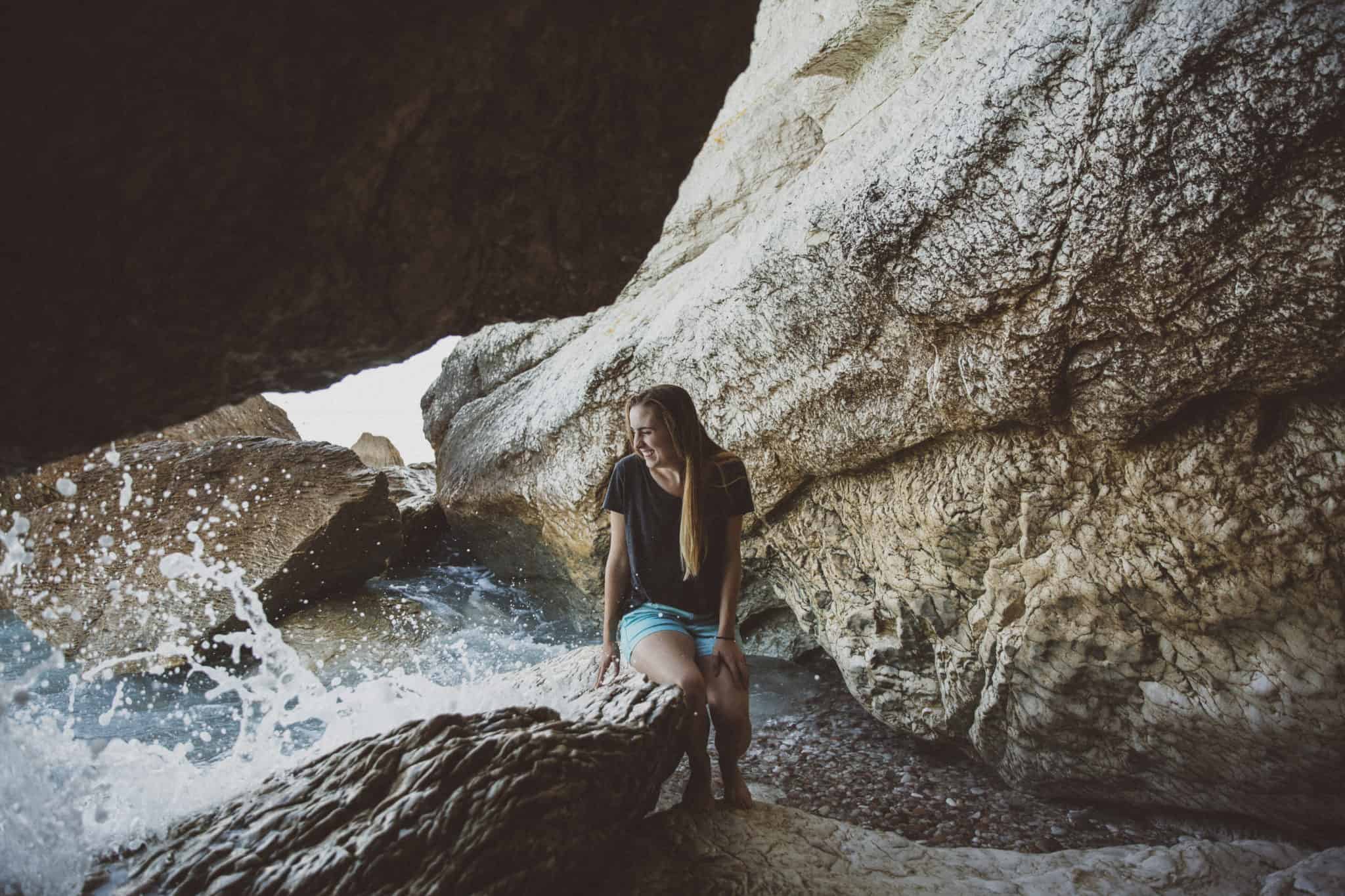 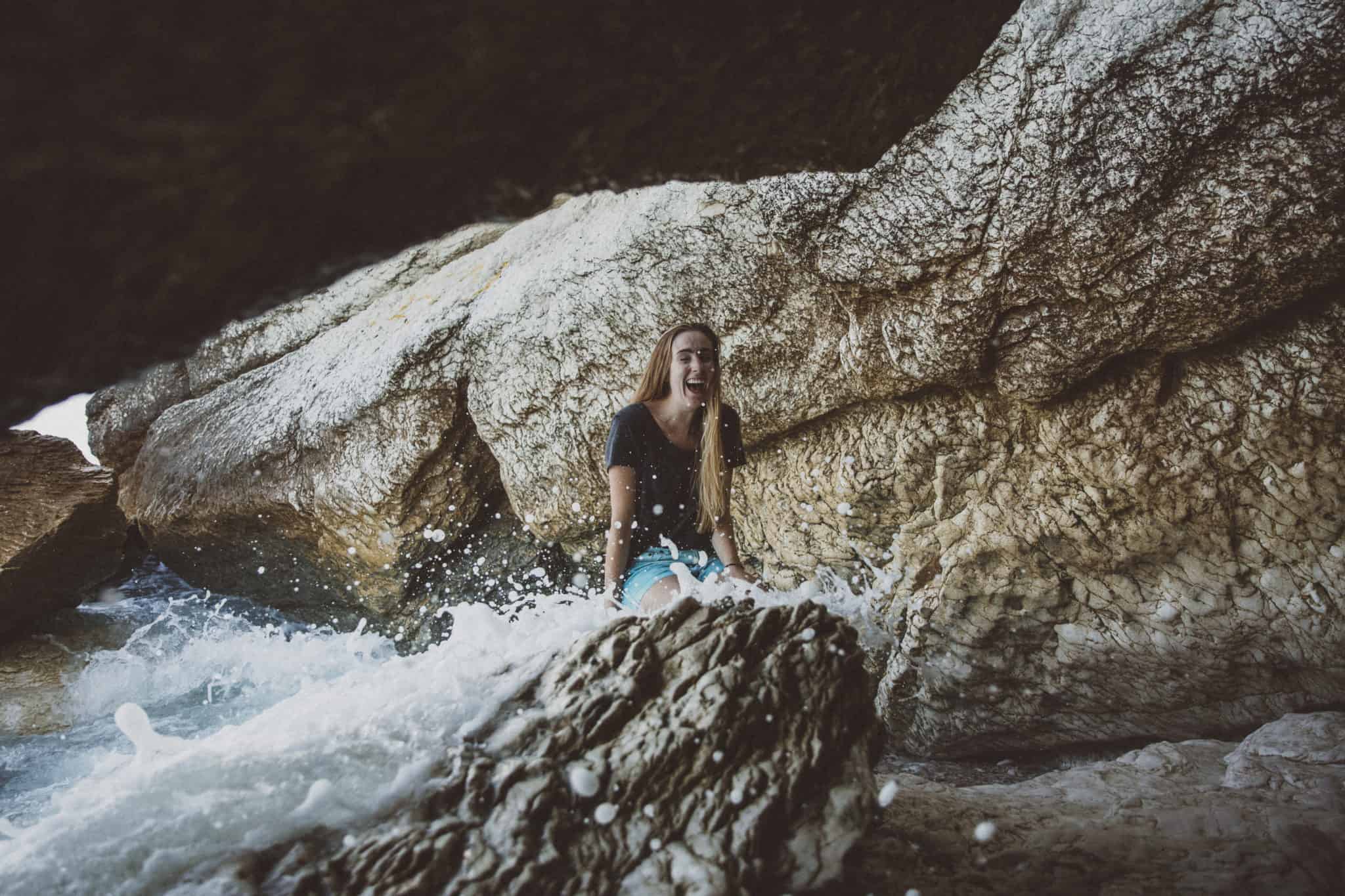 Berty convinced me to sit on this rock so that he could take a picture. ^^

I guess we weren’t expecting the waves to come crashing in so fast because I got SOAKED! We spent the remaining time here drying off and eating lunch (which naturally came with coconuts).

It was really special to visit Kolbano beach because it was quiet and for the most part, no one was around. Being in Kupang also marks my first steps on tropical beaches – very unlike the cold, rainy coastline of our hometown Seattle! 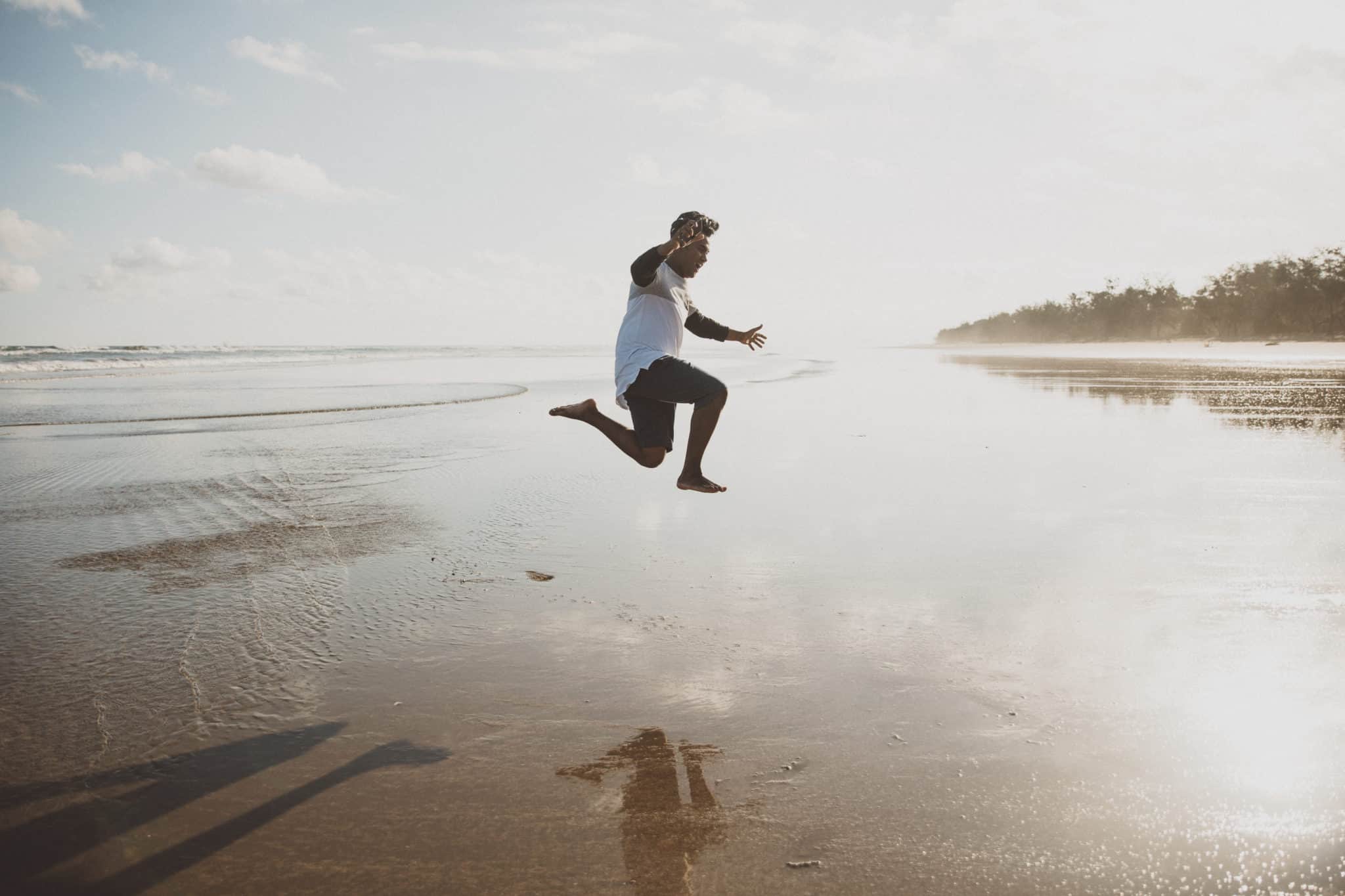 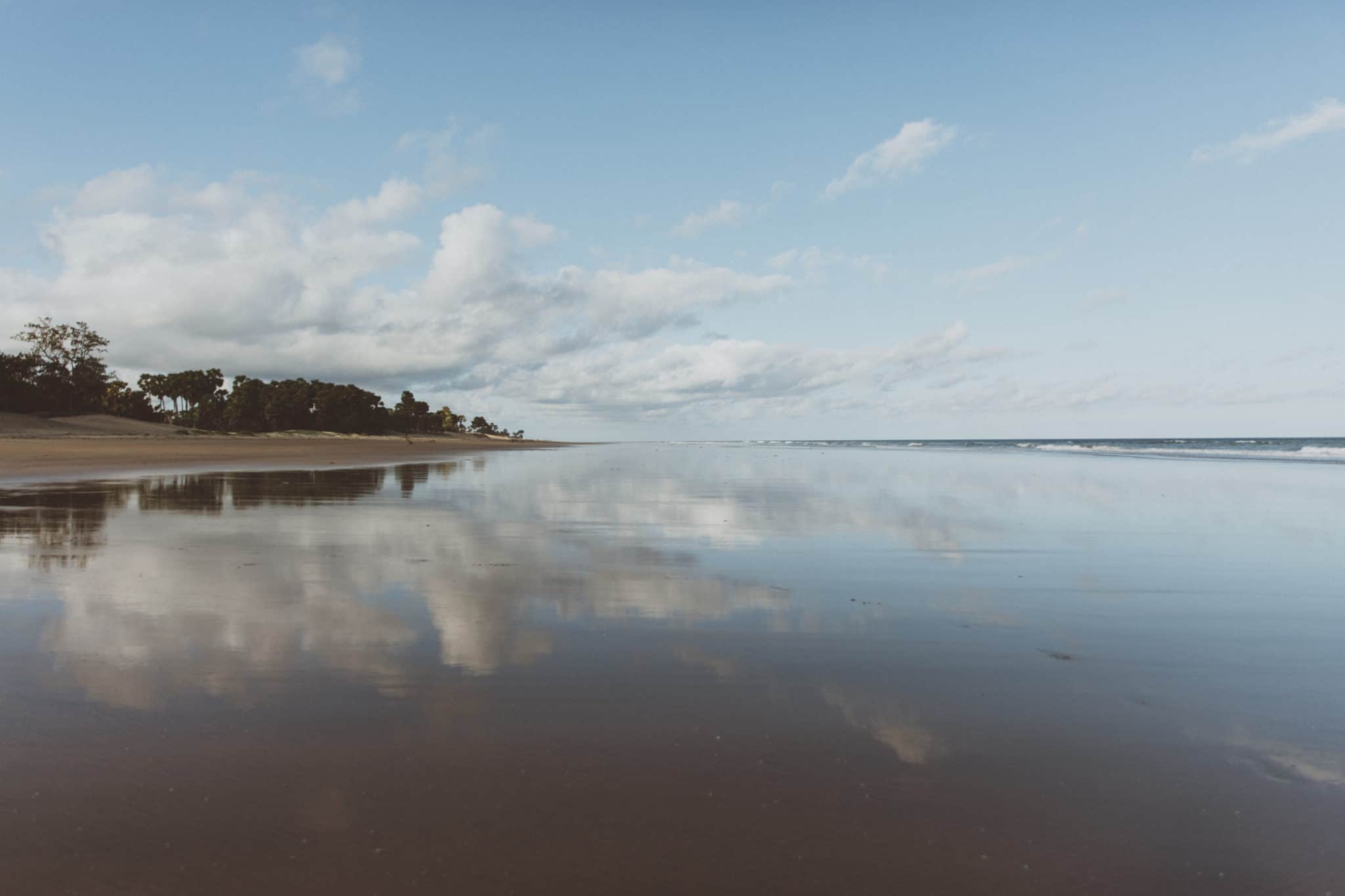 This was hands-down our favorite beach.

In the beginning, there was no one around and it was all ours!

That stopped being the case however after Berty began flying his drone. Seeing the flying contraption in the sky, children who were selling coconuts came out from under the nearby trees.

We spent the rest of our time playing with the kids and the drone, taking pictures and having a great time. Berty would fly it close to the kids and they would try to catch it mid-air! 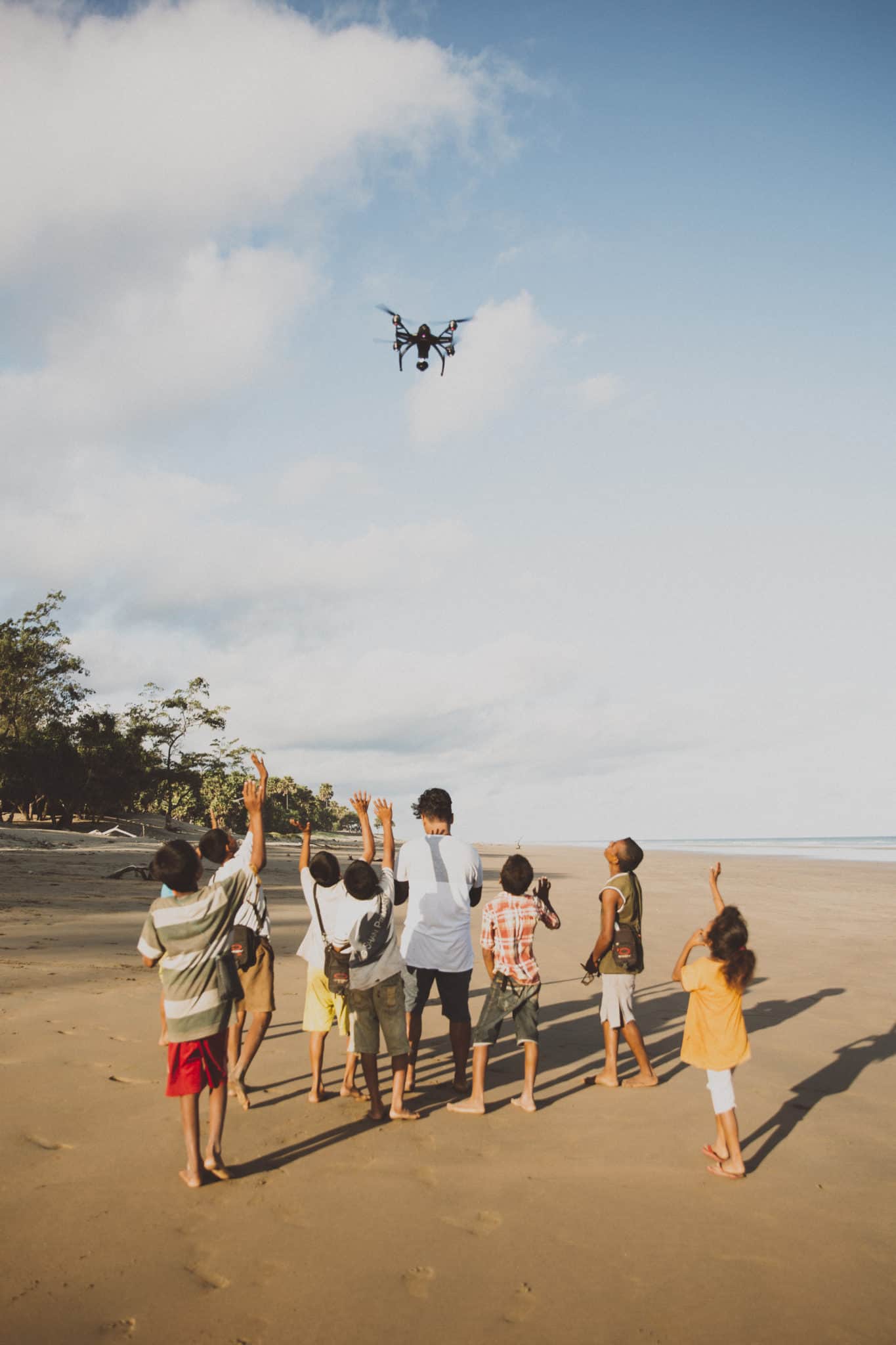 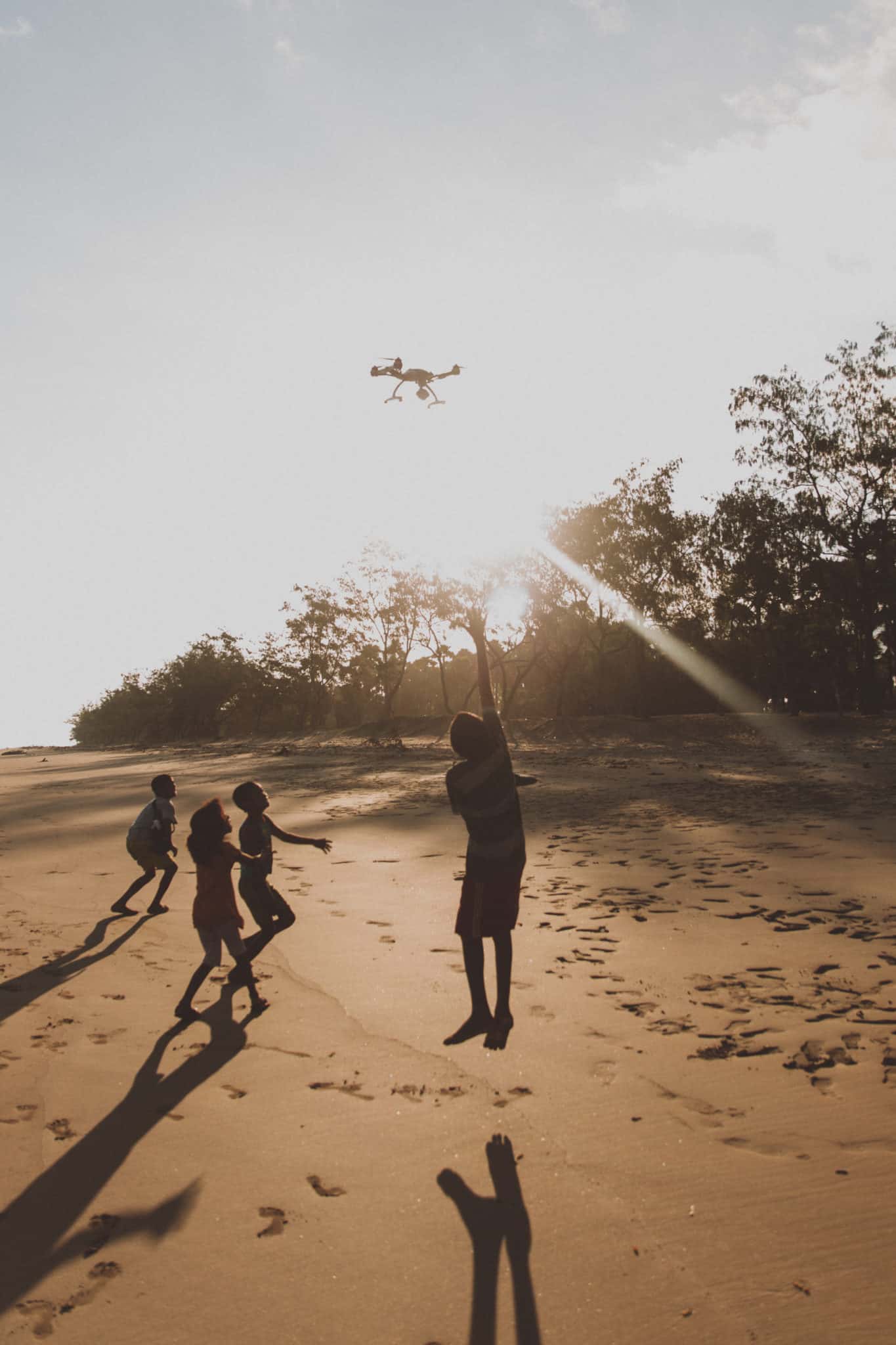 Here’s a quote from Berty’s facebook describing the day:

“Today, as my wife Emily and I were playing at Oetune Beach (about 3-hour drive south from Kupang, Indonesia), I decided to fly my Yuneec APV drone. What happened next was truly magical…
A group of kids, out of nowhere, suddenly appeared because they were intrigued by what was flying right above them. They had never seen a drone before and we began playing with each other as they started to run as fast as they could, trying to catch my drone. I played along because they were all laughing together, chasing it together, and just looked like they had a blast.

10-15 minutes went by… I decided to stop flying it and I wanted to talk to them. I asked them their names, where they’re from, what grades they were in, where they lived, etc. It turned out that we both weren’t fluent in the same language. They speak Bahasa Timor and I don’t, but luckily they speak Bahasa Indonesia, which I am fluent in.

After learning about their story a little bit, I then asked if I could take their portraits; they let me. I loved it.
Here’s what I know about them: Every Saturday and Sunday they would walk to this beach to sell coconuts (it takes them one hour to walk). They sell them for 5,000 Rupiahs a piece, which is less than 50 cents. But they hustled…. They’re all BEST friends, they take care, and help each other. They’re in between 3rd – 9th grade. I was inspired. Moved by their story. I ended up buying 8 coconuts from them. They cut and served them like pros. The coconuts were sooooo good.

These kids’ stories are the kind of stories that need to be shared and modeled after. They don’t have much, but their generosity in serving each other is beyond rich.” 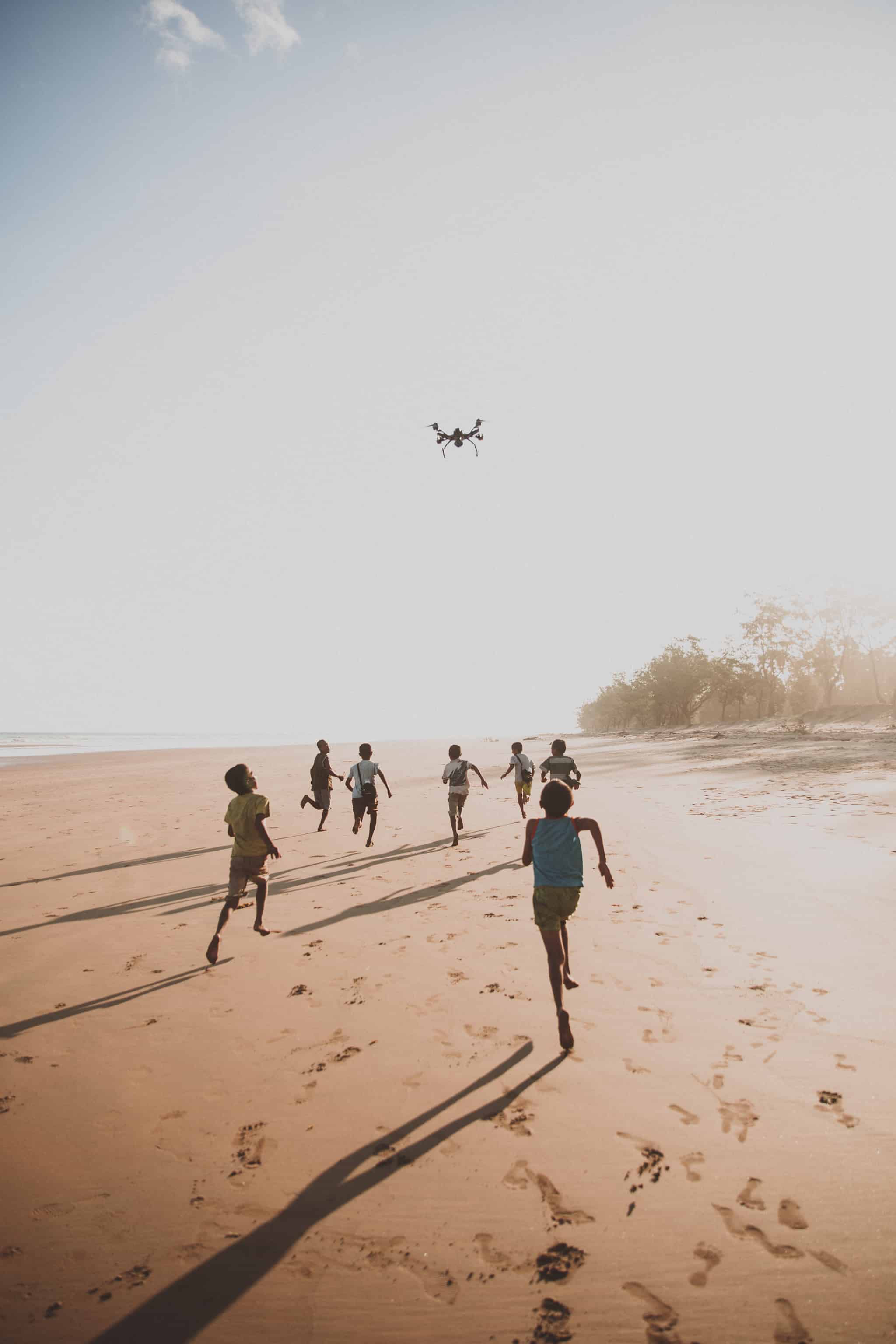 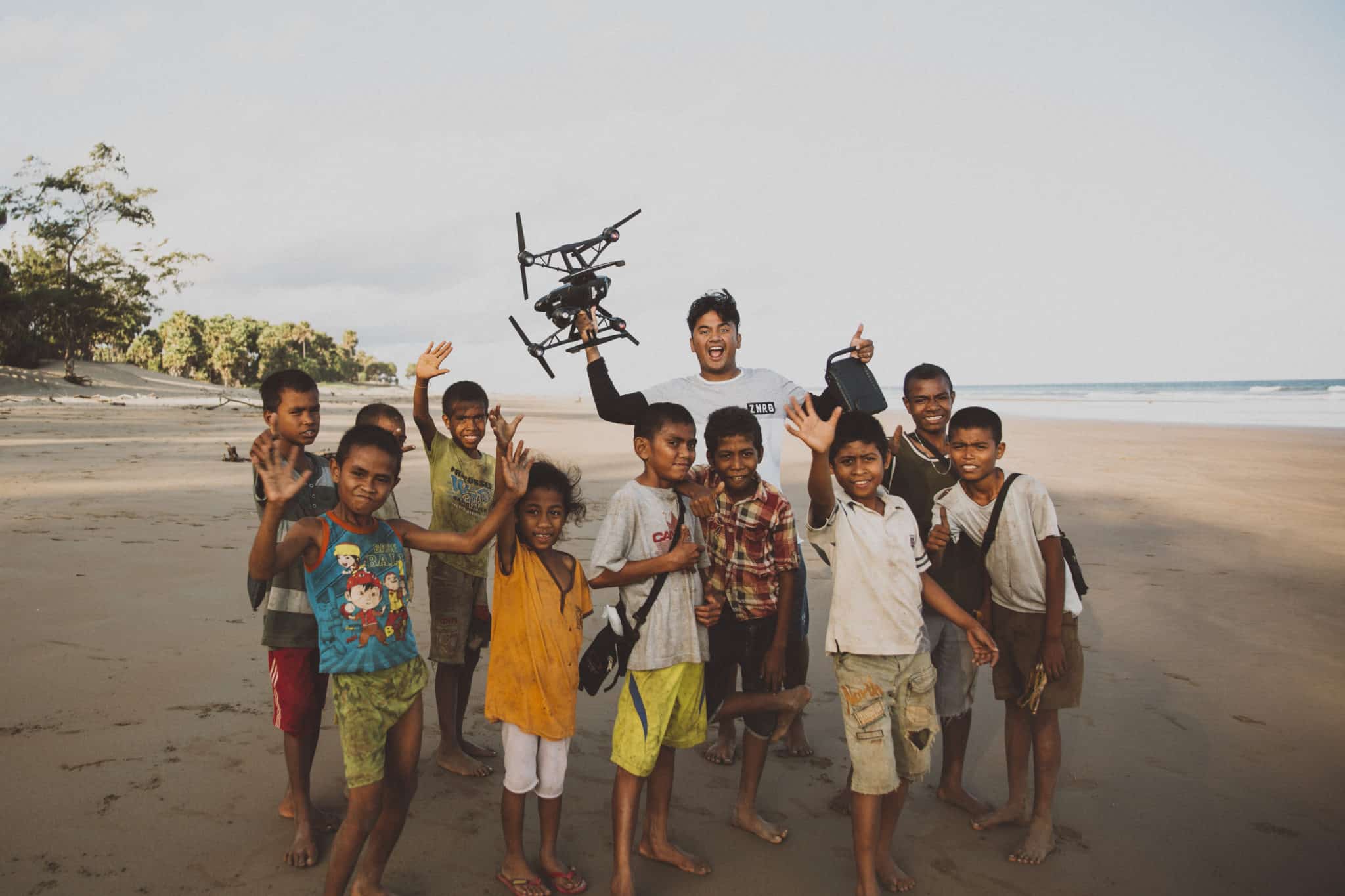 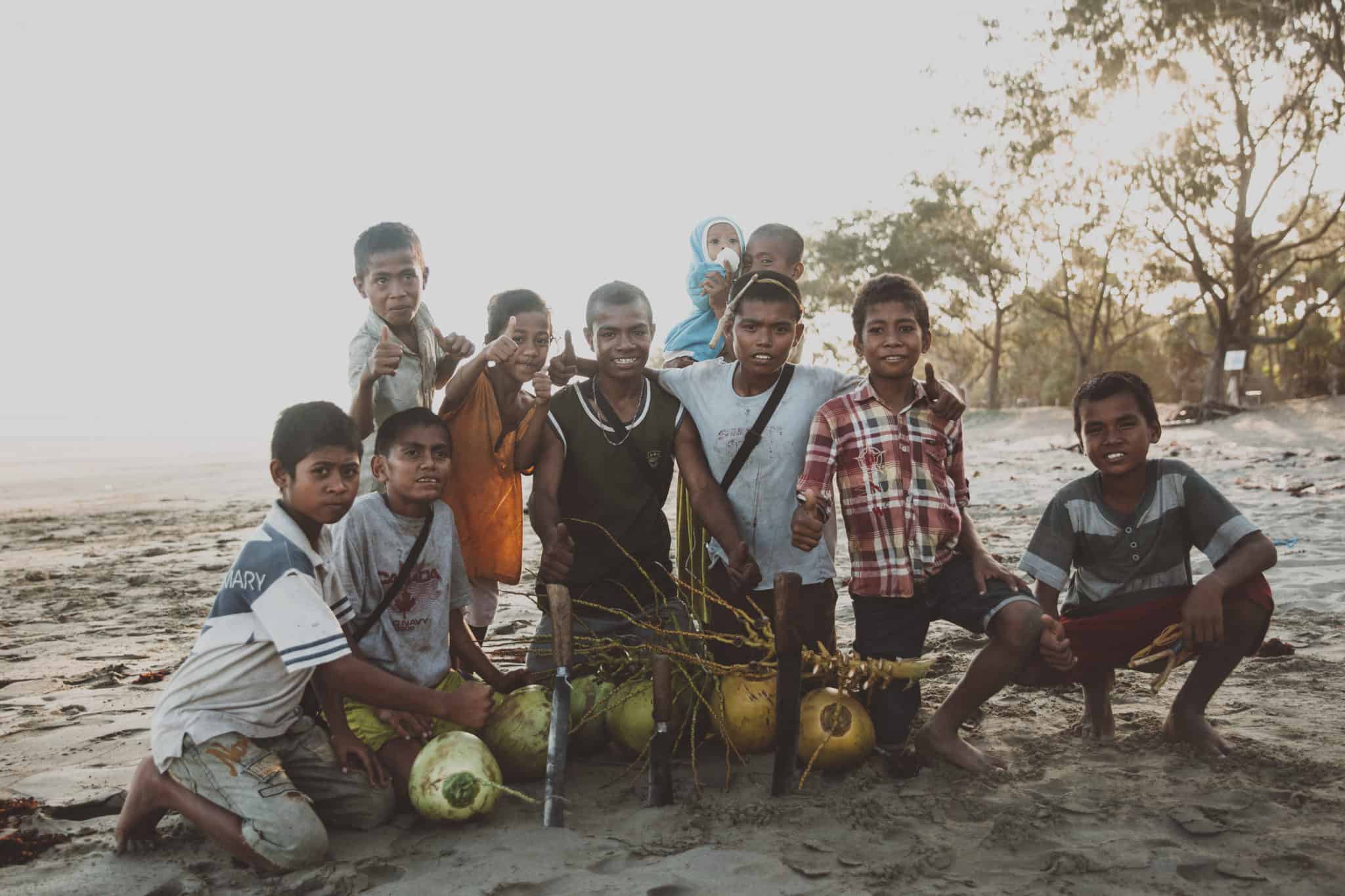 Berty took everyone’s portrait in hopes that one day we can return to the beach and give them each their own picture. This isn’t going to be our last time at Oetune Beach, and certainly not our last time in Indonesia either. We are already excited to return here and see these kids. They were a great reminder to us that no matter what materials you have (or don’t have) in life, it’s the people you are with that make you rich.

Have you ever met someone unexpected while traveling? Who? How did it impact your trip? I’d love to hear your story!

As always, thanks for reading. Let us know what you think in the comments below!

Flowers and Family in Kupang, Indonesia

OR click on our Interactive Map to discover more: 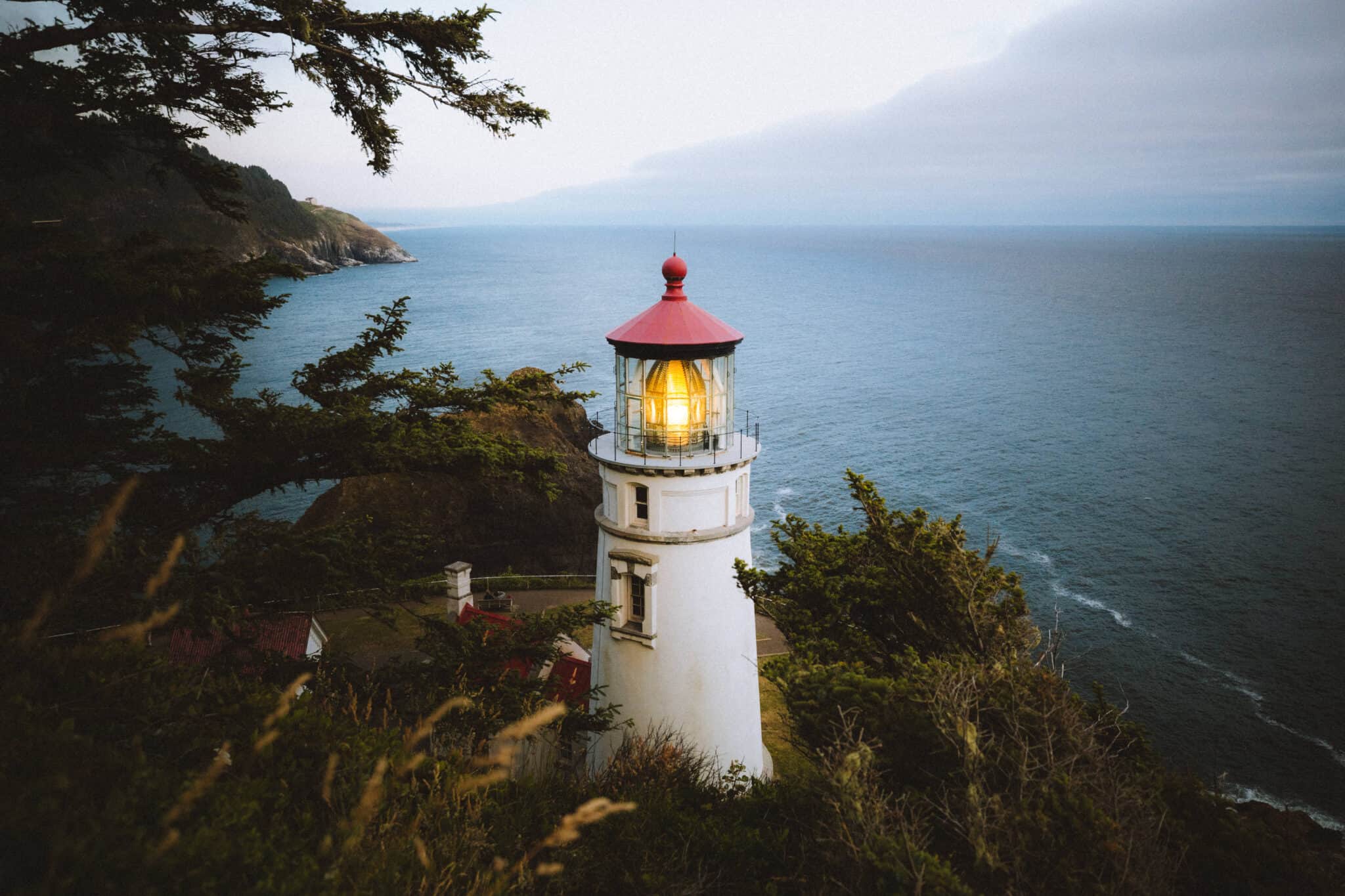 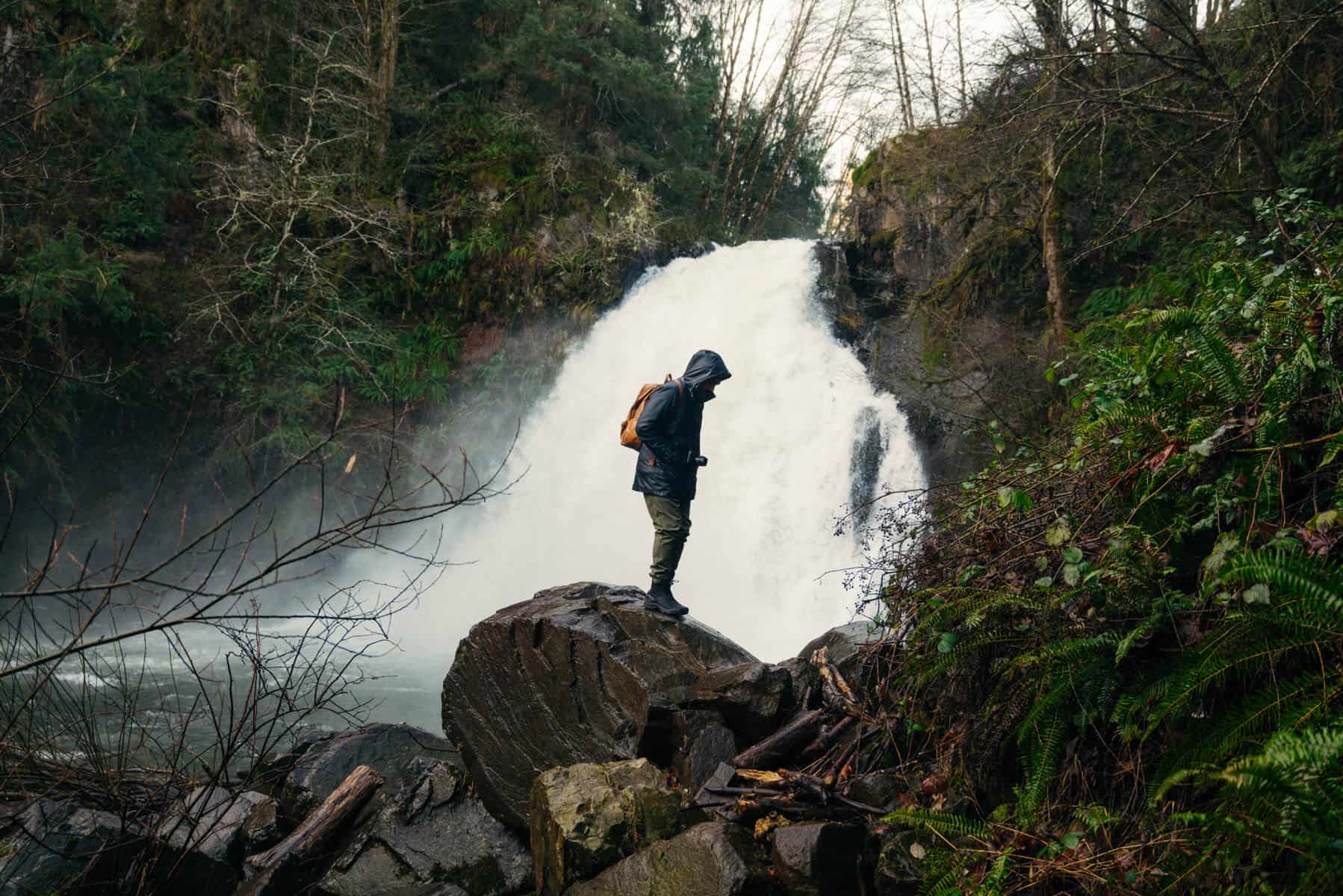 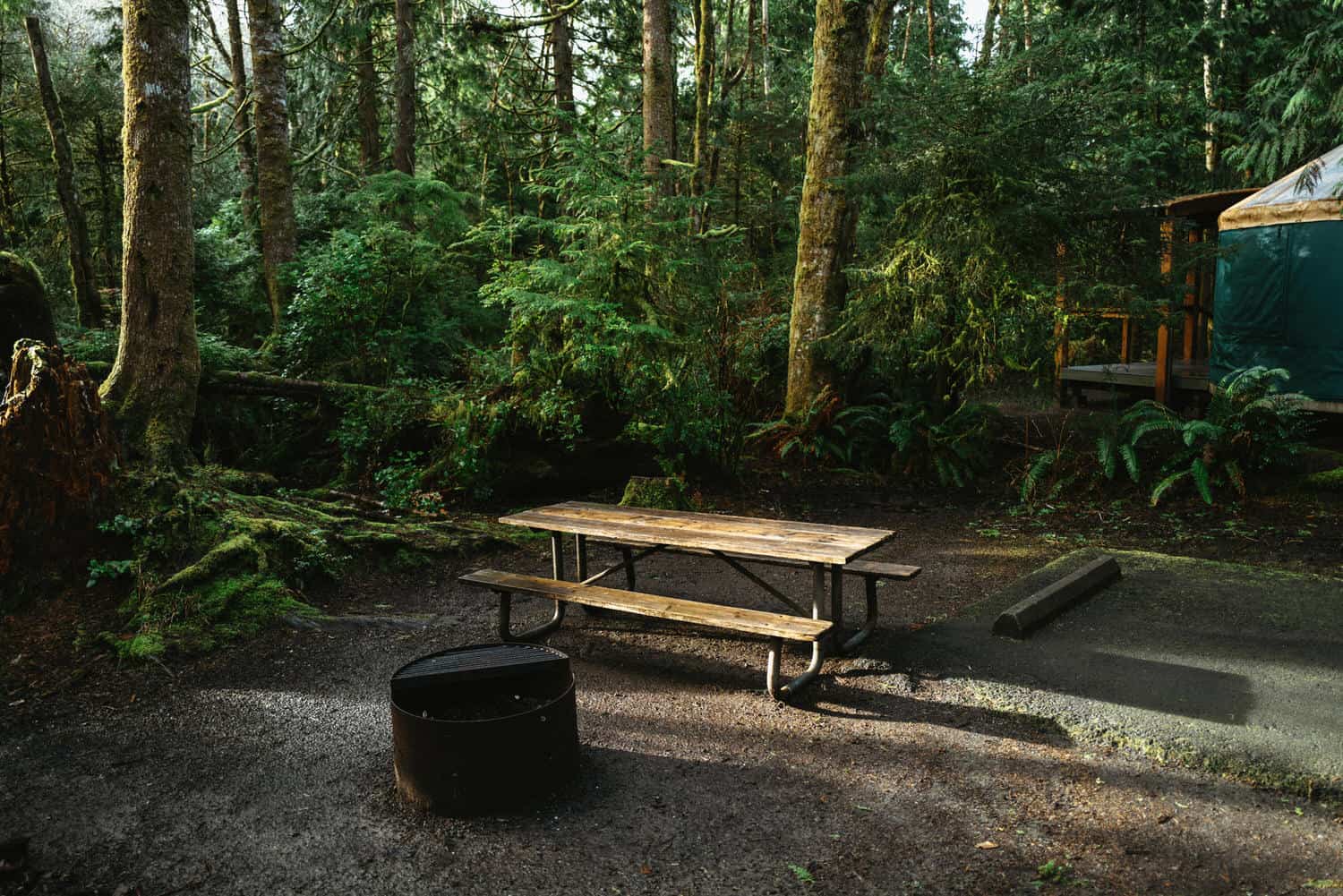